Aug. 30, 2016 - Lallemand Biofuels & Distilled Spirits (LBDS) has announced that its biotech yeast TransFerm Yield+ is now approved for use in Canada. TransFerm Yield+ was added to the Domestic Substance List (DSL) and was published in the Canada Gazette Part II on Aug. 24, 2016. 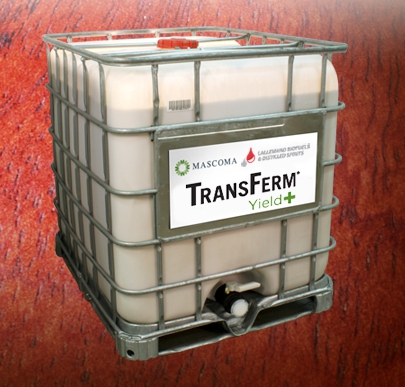 TransFerm Yield+ has been generating millions of dollars of increased profitability for U.S. ethanol producers over the last several years. This yeast increases ethanol yields, reduces glycerol production and produces glucoamylase and is now used in over 75 US ethanol plants.

After several years of working with the Canadian regulatory facilities (Health and Environment Canada), TransFerm Yield+ has undergone many numerous safety, biological and toxicological testing protocols, and now been deemed safe to use. Having TransFerm Yield+ on the DSL will also allow us to produce (locally in our Montreal facility), import and sell the product in Canada for bioethanol production.

We would like to thank Renewable Industries Canada and its members for all its support over the last two years through speaking to the various ministers and government officials and letting them know the attributes and the competitive disadvantage that Canadian producers had by not being able to use this product. Through all of our combined hard work and effort, TransFerm Yield+ is now a reality in Canada.