Feb. 24, 2017 - Mercer International has entered into an agreement to acquire substantially all of the assets of one of Germany’s largest sawmills and a biomass power plant, near Friesau, Germany for approximately $55.1 million plus defined working capital of approximately $9 million. 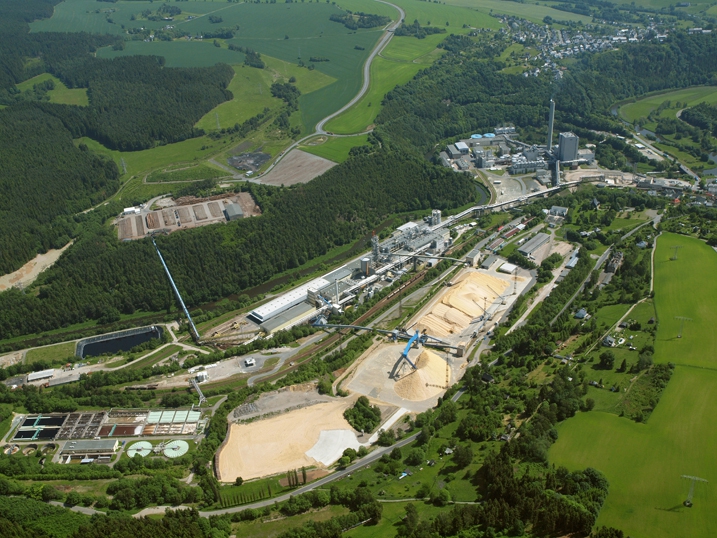 The Friesau Facility is about 16 kilometres west of Mercer International's Rosenthal mill (shown).

The Friesau Facility has an annual production capacity of approximately 550 million board feet on a continuously operating basis and 465 million mmfbm on a customary three-shift operating basis. The facility includes a modern bio-mass fueled cogeneration power plant, built in 2009, with an annual production capacity of approximately 13MW of electricity and 49.5MW of thermal energy. The plant sells electricity pursuant to a long-term fixed price green power tariff that runs to 2029.

The facility has an experienced workforce of approximately 300 employees, and is located approximately 16 kilometres west of Mercer International’s Rosenthal mill and has historically been one of its largest fibre suppliers.

The company believes the acquisition of the Friesau Facility presents the following potential operating synergies and opportunities:

Recent production and ramp-up
Over the last two years, the Friesau Facility has been operated by its owner on a restricted basis at a level below 50 per cent of capacity. While Mercer International intends to ramp-up production upon closing, in the mill’s fibre region, major sawlog contracts are generally awarded on a yearly basis. As a result, the company expects such production ramp-up to be materially increased commencing at the start of 2018. After such ramp-up, the company currently expects to operate the Friesau Facility to produce between 300 and 330 mmfbm of lumber per annum. During the initial integration period of the Friesau Facility, which Mercer International estimates will take about four to six months, the company does not expect the acquisition to contribute to its earnings.

The transaction is subject to customary closing conditions, including receipt of requisite regulatory approvals, and is expected to complete around the beginning of the second quarter of 2017. David M. Gandossi, CEO, stated: “We are pleased to enter the European lumber sector, with the acquisition of one of Germany’s largest sawmills. The proposed acquisition also expands our existing presence in the bio-mass based electricity market and is in line with our long-term growth objectives.”

Gandossi continued: “This acquisition leverages our core competencies of wood procurement, production optimization and green energy production. We believe it presents a natural fit with our existing procurement activities and our expertise in bio-mass based electricity production.”

Gandossi concluded: “We look forward to welcoming the Friesau Facility’s employees to our team and working with them as we integrate its operations.”