July 24, 2018 - Advanced Biofuels Canada (ABFC) announced the release of the Biofuels in Canada (BIC) 2018 report, which updates and expands upon the last annual report by Navius Research. 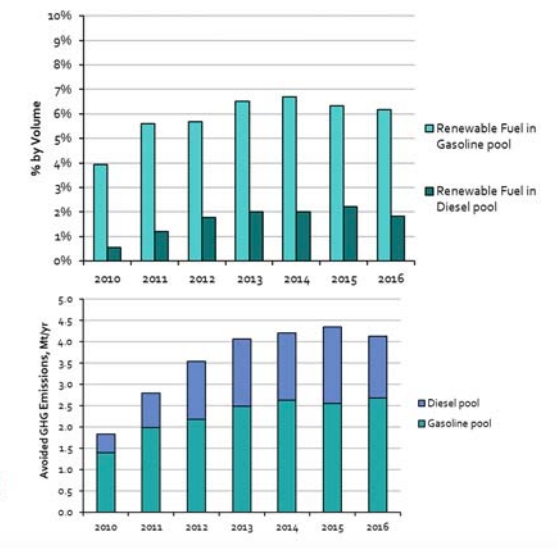 Amongst the study’s highlights:

The report continued to highlight the need for a government review of taxation on biofuels. As biofuels generally have lower energy densities than gasoline and diesel, volumetric fuel taxes (e.g., excise, carbon) on biofuels unnecessarily increase fuel costs for consumers and create windfall tax revenues for governments. Governments should align fuel taxation policies to meet transport and climate goals by supporting increased use of low carbon advanced biofuels.

The full report and data tables are available at: advancedbiofuels.ca/biofuelscanada2018/