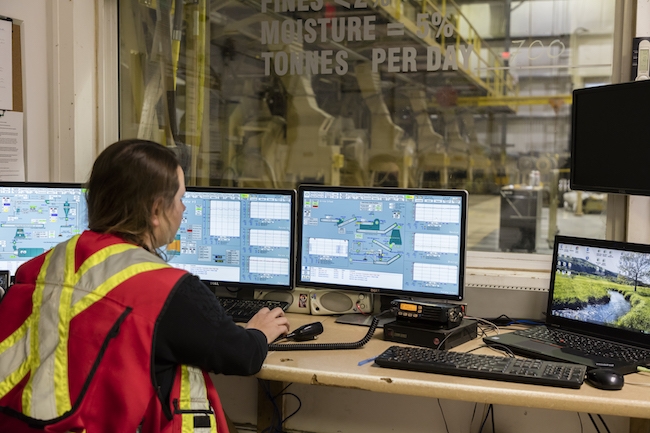 The contract in South Korea is with CGN Daesan Power Co., Ltd., a subsidiary of CGN New Energy Holdings Co., Ltd, a diversified independent power producer in Asia. The contract in Japan is Pinnacle’s second with Toyota Tsusho Corporation, a trading and investing company and a group member of TOYOTA.

As a result of these two new contracts, the weighted average remaining life of Pinnacle’s portfolio of off-take contracts with customers has been extended from seven years as at March 30, 2018, to more than nine years.

“Entering into this long-term relationship with Daesan is an important milestone for Pinnacle as it represents our first long-term contract in South Korea and our largest contract to date in Asia, thereby further establishing our strategic position in the Pacific Rim,” said Robert McCurdy, CEO of Pinnacle. “Being the first long-term industrial wood pellet contract to ever be signed in South Korea, this new agreement attests to the country’s growing commitment to decarbonization.”

In South Korea, the Renewable Portfolio Standard policy aims to increase the share of energy generated from renewable sources to 10 per cent by 2023. According to Hawkins Wright, a leading provider of market intelligence and analytical services to the international pulp, paper and biomass industries, biomass demand growth has been the strongest in South Korea over the past five years, where industrial pellet consumption increased by a compound annual growth rate of more than 58% between 2013-2017, reaching 2.5 million metric tonnes.

Under the terms of the Toyota Tsusho contract, Pinnacle will supply 170,000 metric tonnes per annum of industrial wood pellets to Toyota Tsusho beginning in 2021. The industrial wood pellets will be used by Kanda Biomass Energy K.K., which is established by RENOVA, Inc., Sumitomo Forestry Co., Ltd., Veolia Japan K.K. and two other companies, in a biomass power generation plant in Kanda, Fukuoka Prefecture, Japan.

“We are pleased to enter into our second long-term supply agreement with Toyota Tsusho, and our fifth new contract overall in Japan this year,” continued McCurdy. “Our growing contract backlog in Japan underlines both the increasing adoption of biomass and the strength of our competitive position in this market.”

In line with the rapid growth in Pinnacle’s contracted backlog, the company continues to evaluate and develop opportunities to add incremental production capacity.