Nov. 24, 2016 - Several years ago, Foothills Forest Products had a difficult time finding a home for the shavings being produced by its planer mill operations at its sawmill in Grand Cache, Alta. 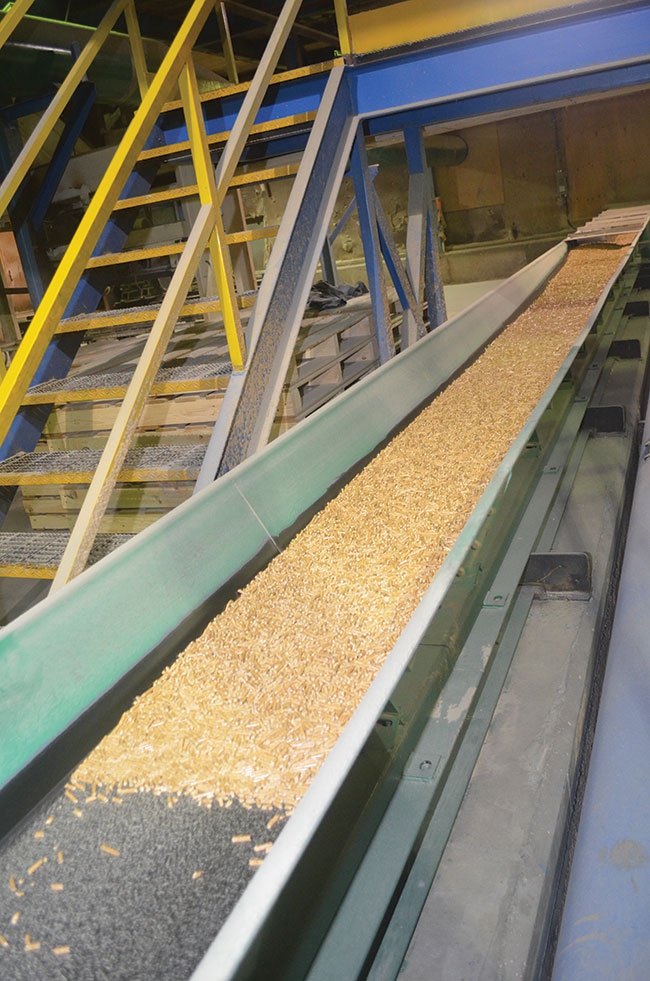 So instead of trying to find a buyer for them, the sawmill owners decided to go into the wood pellet business and added a pellet operation to its existing mill.

The wood pellets that the plant produces service the residential heating market in northern Alberta as well as the oil and gas sector. The spilt is about fifty-fifty between pellets heating homes in the area and heading to the oil patch for use as an absorbent on the roads.

The wood products company, owned by C&C Resources Inc., has an annual pellet production of 15,000 tonnes – which is relatively small, but there’s room for growth.

“There’s going to be more demand for pellets,” says Mark Stevens, general manager for Foothills Forest Products. “Presently our pellet production is quite small, but the system has the flexibility to utilize a far greater proportion of residuals from the mill.”

Some of the residuals from the sawmill and planer mill are also sent to a Volcano boiler that provides heat for the sawmill’s two shifts and for the dry kiln.

The sawmill produces 110 million bdft. of dimensional lumber annually, ranging in size from six-foot-long to 16-foot-long 2x3s to 2x10s. The boards are predominantly made from lodgepole pine, but the mill also processes spruce and balsam in its operations.

Minimal moisture
One advantage of using strictly planer mill shavings to produce pellets is that the production process does not require a drying system, which cuts down on costs.

“With the shavings coming from the planer they’re close enough to being dry that the pelletizing process leaves a moisture content of less than seven per cent,” explains Stevens. “We measure the moisture and don’t bag the pellets unless we’re on target.”

The shavings are collected from the planer mill and blown into a dry silo then are sent to a hammermill to be processed before being fed into one of the mill’s two pelletizers. The pellets then travel along a conveyor that is split into two paths. One path sends the wood pellets to a silo for bulk storage, while the other path sends the pellets over to the bag line where the pellets are bagged and sealed.

The pellet plant has an annual production of 15

Co-firing opportunities
Although the market for wood pellets for the oil and gas sector has been on a decline due to lower oil prices, the potential use of wood pellets in another part of the province’s energy portfolio has pellet producers in the province excited about the possibility of a new major domestic market.

There have been talks about the possibility of using biomass, including wood pellets, for co-firing in coal plants to help the province reach its future emissions targets without stranding expensive infrastructure assets. One challenge for Foothills Forest Products when it comes to co-firing is its remote location. The sawmill and pellet plant is nestled in the Alberta Foothills, about a two-hour drive north of Jasper and a four-and-a-half hour drive west of Edmonton.

“Distance is a challenge for us since we’re far from the major urban centres,” Stevens says. “Co-firing opportunities are not as close as would be ideal, but on a larger scale they could go into northern Alberta and B.C.”

By finding a productive use for its planer mill shavings through the generation of pellets, Foothills Forest Products is positioning itself well for a potential biomass boom related to co-firing while keeping its operations diverse. A winning combination for sure.