Jan. 3, 2017 - Officials of the governments of Canada and Quebec broke ground on the construction of the biomethanation facilities of the Société d'économie mixte de l'est de la couronne sud (SEMECS) in Varennes, Que., on Dec. 19. 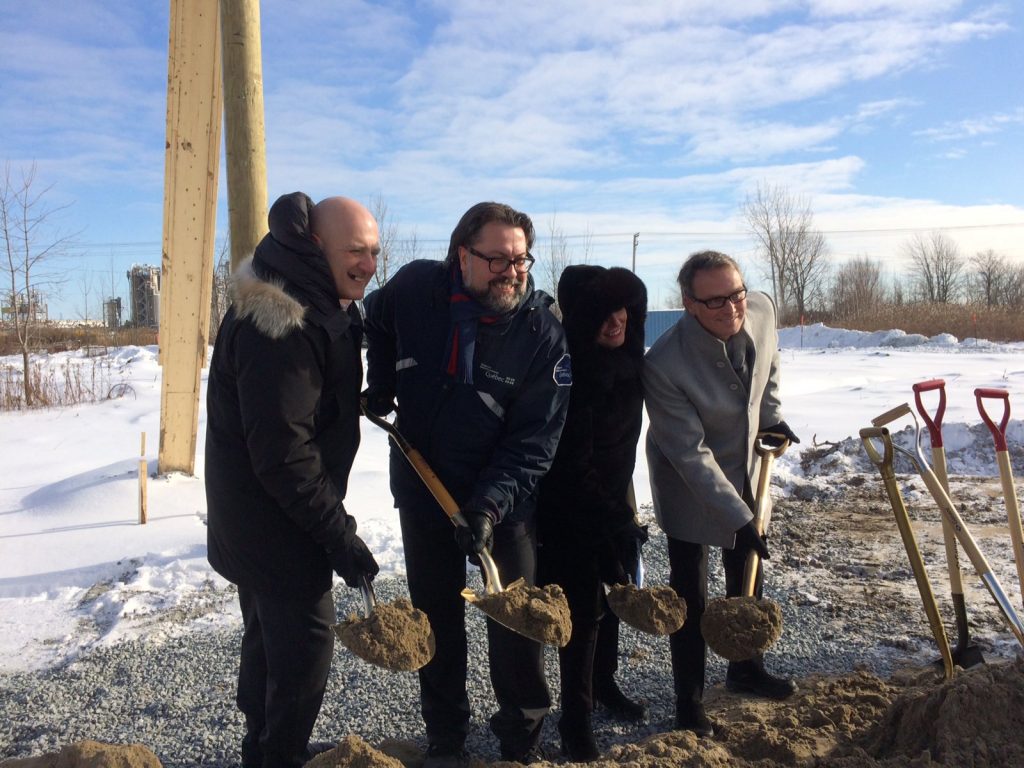 A groundbreaking ceremony on Dec. 19 marked the start of construction of the biomethanation facilities in Varennes

The SEMECS project will facilitate the treatment of organic waste generated by residents of the regional county municipalities (MRCs) of La Vallée-du-Richelieu, Marguerite-D’Youville and Rouville. The new biomethanation facilities will be able to efficiently reclaim organic material from various sources and convert it into renewable fuel, i.e. biogas.

“This project will eventually divert 35,000 tonnes of organic matter from disposal in landfills each year,” David Heurtel, Minister of Sustainable Development, the Environment and the Fight Against Climate Change, said in a news release.

“Through the construction of this green infrastructure, organic matter can now be converted into biogas and digestate, which will promote economic development, while directly helping to achieve our objectives in the fight against climate change,” Heurtel said.

Once purified, the biogas will be used as fuel for the Quebec GreenField Ethanol Inc. refinery, and will replace a portion of the natural gas that the company uses in its processes. In addition, farmers who sell their crops to the refinery will be able to use the digestate produced in the biomethanation process as an organic amendment. Local residents will be able to have their food waste, green waste and septic tank sludge treated by local firms rather than having it sent for disposal.

The Government of Canada has committed $16.2 million from the Green Infrastructure Fund to build the biomethanation facilities of the Société d’économie mixte de l’est de la couronne sud.

The Government du Québec is contributing up to $14.3 million the project under the Program for Processing Organic Matter Using Biomethanization and Composting (PTMOBC).