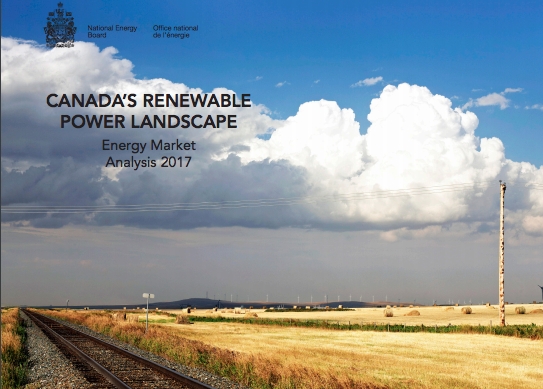 In 2016, total Canadian natural gas-fired power generation actually dropped due to decreases in British Columbia, the Northwest Territories, Manitoba, Ontario, and Newfoundland and Labrador. However, in Alberta, Saskatchewan, New Brunswick, and Nova Scotia, natural gas generation increased as part of these provinces’ ongoing transition away from coal.

“Since 2005, the electricity sector has cut its greenhouse gas emissions by one-third, even though Canada’s total emissions only fell by 2.2 per cent in that same time period,” NEB chief economist Shelley Milutinovic said. “While hydro will remain Canada’s dominant source of power, we continue to see impressive gains in non-hydro renewable capacity from wind, solar and biomass.”

The NEB monitors energy markets and assesses Canadian energy requirements and trends to support its regulatory responsibilities. This report is part of a series of publications on energy supply, demand, and infrastructure that the NEB publishes regularly as part of its ongoing market monitoring.