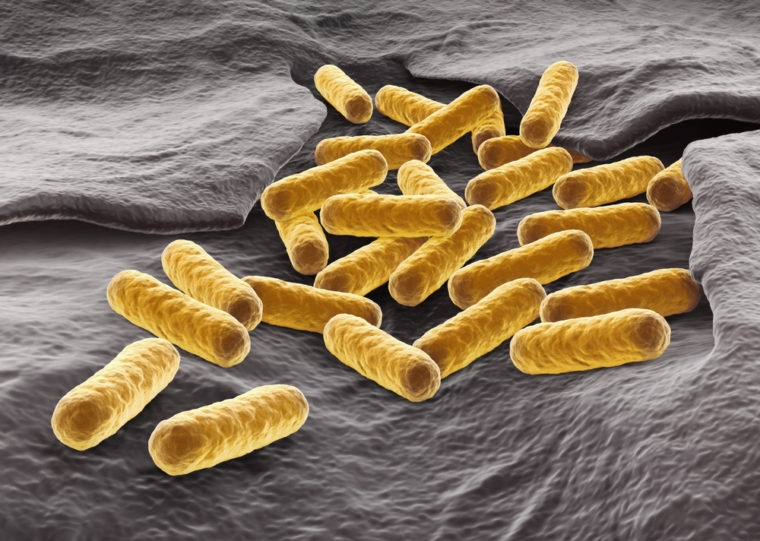 “My lab is interested in developing microbial biosynthetic processes to make biofuels, chemicals, and materials with tailored structures and properties,” said Fuzhong Zhang, associate professor at the School of Engineering & Applied Science. “Previously, we engineered E.coli to produce a precursor compound that leads to the production of advanced biofuels. In this work, we took the next step toward the actual manufacture.”

Zhang’s research focuses on engineering metabolic pathways that, when optimized, allow the bacteria to act as a biofuel generator. In its latest findings, recently published in Biotechnology for Biofuels, Zhang’s lab used the best bits of several other species — including a well-known pathogen — to enable E.coli to produce branched, long-chain fatty alcohol (BLFL), a substance that can be used as a freeze-resistant, liquid biofuel.

“We designed and then constructed a synthetic metabolic pathway inside the fast-growing E.coli by introducing genes from other species, including Staphylococus aureus, cyanobacteria and soil bacteria,” Zhang said. “By using CRISPR, we incorporated genes from different species with favorable traits into E.coli’s fatty acid pathway.”

Zhang and his team determined that staph was particularly helpful to solve a common problem when manufacturing biofuel: The virulent pathogen was able to incorporate branches into its lipid. These branch structures dramatically lower the melting temperature of lipids and transform long-chain fatty alcohol from a waxy substance to a liquid that can be better used as a fuel under cold weathers.

Integrating the different species’ genes into E.coli also yielded another result: Normally, E.coli cannot produce any branched lipid on its own, but with the engineered metabolic pathway, 75 per cent of the E. coli produced biofuels is branched.

Zhang says the next step involves moving the engineered metabolic pathway into a more industrial-relevant microbial host. His lab is current working with other Washington University labs towards this goal.