Dec. 22, 2016 - Vega Biofuels, Inc. is expecting a profitable 2017 as a result of the successful evaluation of its bio-coal product as a replacement for traditional coal in coal-fired power plants. 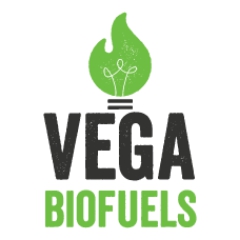 The evaluation of the company’s bio-coal product was completed by a major US power company and Western Research Institute, and the results were announced by Vega Biofuels on Dec. 15. The results confirmed that Vega’s Bio-Coal product can be used to replace traditional coal in coal-fired power plants. The company has since received requests for samples from power companies all over the world interested in performing their own independent testing prior to placing an order.

As a result of the spike in interest in the company’s bio-coal product, Vega Biofuels projects 2017 revenue to exceed $2 million.

“We are optimistic that we will receive several of the small orders that we are currently working on that will have a significant impact on our bottom line for 2017,” Michael K. Molen, Chairman/CEO of Vega Biofuels, Inc., said in a news release. “In addition to the smaller orders, we are working with a couple of major coal-fired power plants on much larger orders that could more than triple our $2 million projections for 2017. We now have the capacity to produce between eight and 15 tons per hour and have plans to increase this capacity during the coming year.”

Vega Biofuels, Inc. recently filed a Provisional Patent Application with the U.S. Patent and Trademark Office under the title “Method and Apparatus for Torrefying Biomass.” The application disclosure relates generally to wood used as a fuel source, and more particularly to systems, methods, and devices for torrefying biomass, such as wood or other agricultural biomass.

The “Biomass Combustion Evaluation Report” was done to evaluate whether or not Vega’s Bio-Coal can be used as a replacement for traditional coal. Western Research Institute, located in Laramie, WY conducted the tests using two versions of Vega’s Bio-Coal. The first product was torrefied at 300 C and the second at 450 C. The testing results indicated that the product produced at 300 C performed successfully when compared to PRB coal.

Vega Biofuels, Inc. is a cutting-edge energy company that manufactures and markets a renewable energy product called Bio-Coal made from timber waste using unique technology called torrefaction. Torrefaction is the treatment of biomass at high temperatures under low oxygen conditions. For more information, please visit our website at www.vegabiofuels.com