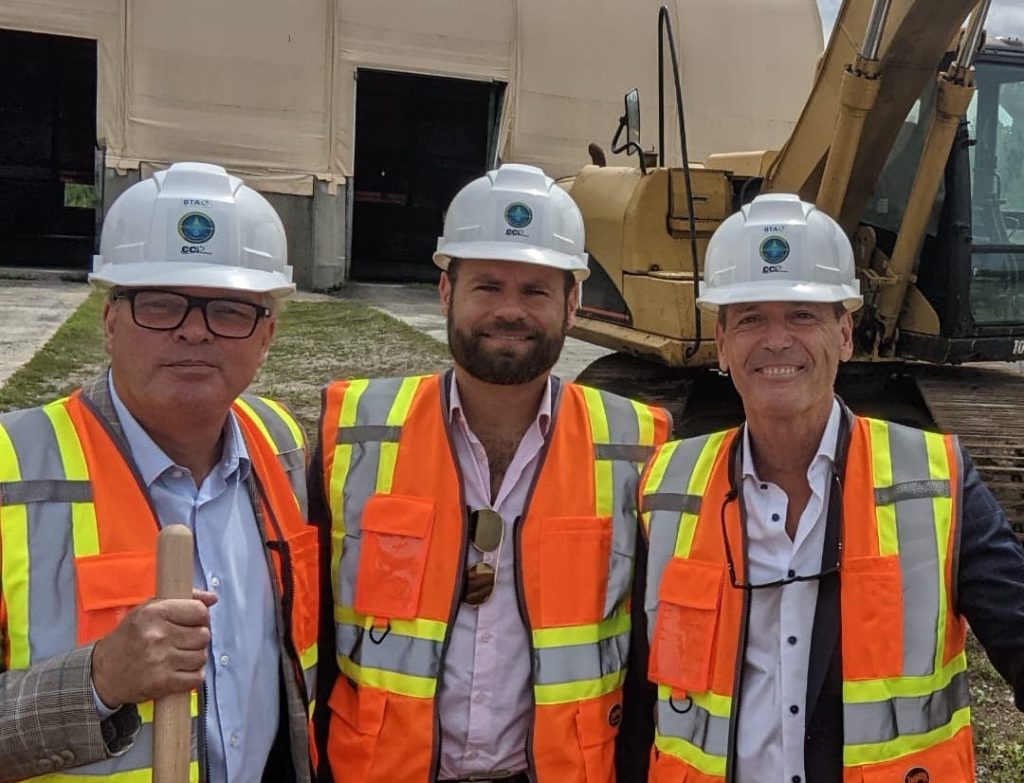 Evergreen Environmental Inc. announced the start of construction of its anaerobic digestion (AD) facility in Oshawa, Ont. When fully operational in 2025, the state-of-the-art AD facility will be capable of processing up to 200,000 tonnes annually of organic waste and liquid organic waste from municipal, industrial, commercial, and institutional sources as well as waste waters from industrial sources in Ontario.

The company hosted a ground-breaking ceremony on July 26 that included the attendance of the Ontario Minister of the Environment, Conservation and Parks, David Piccini. In his remarks at the ceremony, the minister said, “Evergreen’s facility in Oshawa will divert waste away from landfills, while providing Ontarians with energy and our farmers with fertilizer. That’s what I call a win-win!”

“We offer everyone a locally proven, reliable, cost effective and absolutely risk-free alternative to large scale, and expensive municipally-owned facilities,” said the chairman of Evergreen Environmental Inc., Richard Weldon. “Evergreen may be a relatively young company, but it has over 100 years of combined experience in the design, construction, ownership and operation of mixed waste, organic waste, and wastewater processing including anaerobic digestion on two continents. Evergreen includes our subsidiary, CCI BioEnergy, incorporated in 1994, with its locally proven municipal organics anaerobic digestion process.”

“What we are building in Oshawa will be a state-of-the-art AD facility, permitted in an innovative way with a flexible permit,” said the CEO and president of Evergreen Environmental Inc., Ward Janssens. “The facility will be using Evergreen’s CCI Bioenergy technology that has nearly two decades of operational success locally, in the GTA,”

Sited in the greater Toronto area (GTA), the facility will minimize trucking and organics transfer activities. It will serve a rapidly growing area. The AD facility will utilize CCI Bioenergy technology, owned by Evergreen, as it has two decades of operational success in the GTA. The facility will turn organic waste into biogas, which will be converted to renewable natural gas, and anaerobic digestate, that will be used as an organic-based fertilizer.

Evergreen, in partnership with PurEnergy, has received a $10 million grant from the Government of Canada Low Carbon Economy Fund. The company is working with renowned partners.

The facility is technically designed to produce up to 800,000 gigajoules of renewable natural gas. The company already has a 20-year contract signed with Fortis BC (a natural gas provider). The digestate generated from the facility will be further processed and sold as approved organic fertilizer/soil conditioner with over 70,000 acres under LOI already.