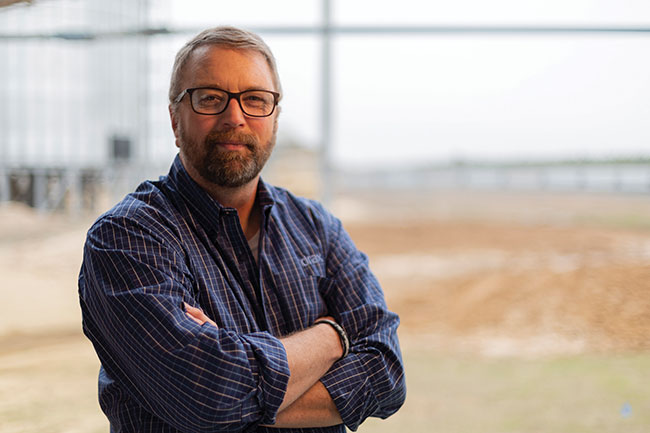 In April 2021, Drax Group acquired Pinnacle Renewable Energy, becoming a major player in Canada. Since then, the company has announced plans to double pellet production capacity and increase the amount of pellets it sells to third parties. In a Q&A with Canadian Biomass, Drax Group’s executive vice-president Matt White shares some insights about the company’s plans for Canada and beyond.

Canadian Biomass: What was the motivation behind acquiring Pinnacle Renewable Energy?
Matt White: The acquisition of Pinnacle last year was transformational for Drax. It more than doubled our biomass production capacity, significantly reduced our cost of production and added a major biomass supply business underpinned by long-term contracts with counterparties in Asia and Europe. Drax is now the world’s leading sustainable biomass generation and supply business and is well placed to meet an expected global increase in biomass demand and play a critical role in helping countries meet net zero.

The Pinnacle acquisition also supports our plans to use bioenergy with carbon capture and storage (BECCS) and become a carbon negative company by 2030 – permanently removing millions of tonnes of carbon dioxide from the atmosphere each year.

Since buying Pinnacle, we have been engaging with First Nations, local communities, the provincial governments and other stakeholders and will continue to do so to ensure that our activities benefit the people and environment where we operate.

It’s been a very challenging year for Canadians, especially in British Columbia, where communities have had to face floods and wildfires on top of the continued difficulties of COVID-19. Drax has donated $100,000 to communities impacted by these natural disasters to help them get through these hard times.

What are Drax’s plans for the future in Canada?
Drax has already made good progress integrating Pinnacle since the acquisition in April and we’re planning a rebrand for the first half of 2022. A united Drax brand best positions us for long-term success as we implement our strategy, which is aligned with the expected growth in the global market for sustainable biomass and development of our own plans to deliver BECCS in the UK and internationally by 2030.

Does Drax see an opportunity to perhaps offer wood pellets for residential use in Canada in the coming years?

We’re focused on supplying our sustainable biomass pellets for industrial use to displace fossil fuels such as coal in power generation and to deliver negative emissions with our carbon removal technology BECCS.

In December, Drax announced plans to double pellet production capacity by 2030. How does the company intend to meet this goal?
Drax’s plans to double pellet production capacity to eight million tonnes (Mt) by 2030 are already underway – we’re commissioning a new pellet plant in Demopolis, Ala., (one of the Pinnacle projects we acquired last year) and a smaller satellite plant in Arkansas with more satellite plants in development. These, alongside other developments and expansions, will take us to close to five Mt once complete. We’re also developing a pipeline of projects including new build and capacity expansions at existing projects, principally focused in North America, and we expect to take a final investment decision this year on up to one Mt of new capacity.

Some environmentalists claim wood pellets aren’t a sustainable alternative to fossil fuels. What is Drax’s response to that?
The world’s leading authority on climate science, the United Nation’s Intergovernmental Panel on Climate Change (IPCC), is absolutely clear that sustainable biomass is crucial to achieving global climate targets, both as a provider of renewable power and through its potential to deliver negative emissions with carbon capture and storage.

The science underpinning carbon accounting for bioenergy is also crystal clear and was recently reaffirmed by the IPCC in 2019 following review by tens of thousands of the world’s scientists.

Drax’s sustainable wood pellets are made from waste fibre – including sawmill and harvesting residues – which would otherwise have been burned, landfilled or left to rot. Using this biogenic waste to generate renewable electricity displaces fossil fuels from the energy system. By adding carbon capture and storage, as we plan to do with BECCS, we will permanently remove carbon dioxide from the atmosphere and deliver millions of tonnes of negative emissions, which the UN’s IPCC has said is essential to reaching net zero.

Drax also plans to double the amount of pellets it sells to third parties by 2030, with a focus on Asia and Europe. Why has Drax chosen to focus on those markets?
We see lots of opportunities in these regions in the years ahead as demand for sustainable biomass in markets in Asia and Europe is expected to increase in the transition away from coal to meet climate targets. Japan is closing seven gigawatts of coal power over the next decade and has set a target to double its use of biomass. South Korea is shutting 30 coal plants and Indonesia is replacing nine million tonnes of coal with biomass. In the EU, bioenergy use is forecast to grow around 70 per cent by 2050.

Our experience converting Drax Power Station from coal to sustainable biomass means we are uniquely positioned to take advantage of these opportunities and we are creating new business development teams in Tokyo and London this year.

The deal we announced in December to acquire the pellet sales contract book of Pacific BioEnergy Corp. demonstrates our commitment to the growth of sustainable biomass in Japan specifically. It adds 2.8 million tonnes of orders for sustainable biomass supply to counterparties in Japan and Europe. This increases our long-term third-party sales book by 15 per cent, to around 23 million tonnes, with total revenues of over US$4.5 billion.

Drax is also focusing on reducing its carbon emissions by expanding its BECCS at Drax Power Station. What are the potential benefits of BECCS in helping to fight climate change?
To meet global climate targets, we need to do more than just reduce carbon emissions – we also need to permanently remove carbon from the atmosphere, which we can do with BECCS. BECCS doesn’t just deliver negative emissions, it also produces reliable renewable power to support the grid and help keep the lights on when the wind doesn’t blow and the sun doesn’t shine. Alongside the climate and energy security benefits, BECCS can also provide a just transition for communities – one that sustains and creates jobs and skills in new clean technologies and supply chains.

Given how critical BECCS is to achieving net zero, we see many opportunities to develop this technology around the world and this is something we are already focused on.

In addition to our UK BECCS project at Drax Power Station, which will permanently remove eight million tonnes of CO2 emissions from the atmosphere a year by 2030, we’re also looking to deliver a further four million tonnes of negative emissions a year from new-build BECCS in North America and Europe.

With regards to the wood pellet industry as a whole, what opportunities do you see in the next five to 10 years?
Sustainable biomass has a vital role to play in keeping the global temperature from rising above 1.5 C,  and recently we’ve seen a greater appreciation from global leaders and policymakers for the role it will play in generating renewable power and delivering negative emissions. So, we expect the years ahead to be busy for Drax and the industry as demand for sustainable bioenergy increases.

Drax’s world-leading biomass sourcing policy ensures that the biomass we produce and use delivers positive outcomes for the climate, nature and the communities where we operate. As the world’s largest user of sustainable biomass for energy, Drax abides by a robust regulatory framework in the UK and the EU and we’re always striving to go beyond existing legislation. Drax also engages with NGOs, academics, scientists and other external forestry experts to better understand issues so we can agree common principles and we will continue to do that. •