April 11, 2017 - The Ontario government is providing funding to three Ontario semi-finalists in the $20-million global NRG COSIA Carbon XPRIZE competition. Among them is Pond Technology's Carbon Cyclers, a team based in Markham, Ont., producing biodiesel, solid biofuel and other algae products. 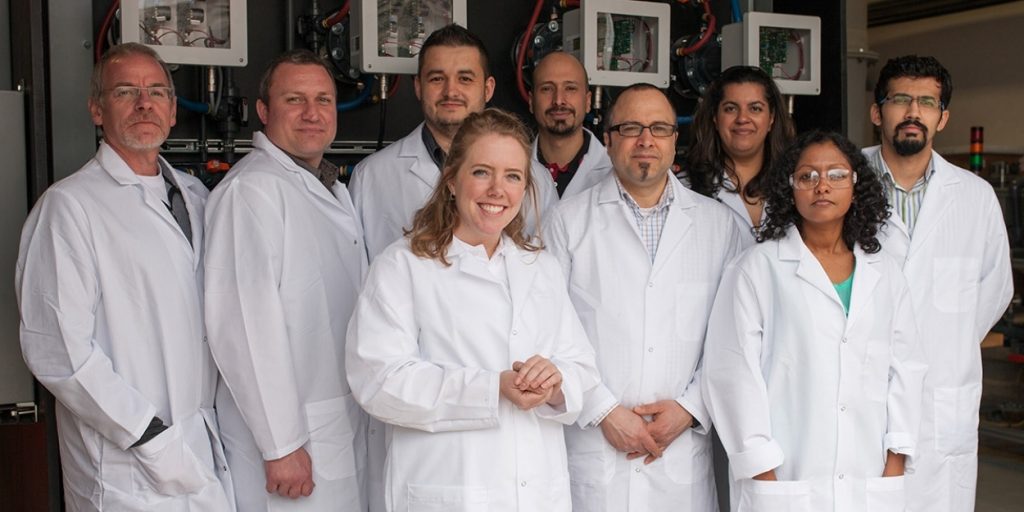 Pond is teaming up with the National Research Council of Canada

The other two semi-finalists are CERT, a team producing formic acid, which is frequently used in food products as a preservative, and Tandem Technical, a team producing health supplements, toothpaste, paint and fertilizers.

Each team has qualified to receive $833,000 in funding that will support the development and demonstration of their concepts during the NRG COSIA Carbon XPRIZE competition. The funds are managed on behalf of the province through the Ontario Centres of Excellence (OCE), a Carbon XPRIZE partner, and are a part of OCE’s TargetGHG initiative funded by the Ontario Government’s $74 million Green Investment Fund. Each team will also be assigned a Business Development Manager from OCE during their time in the competition.

“Our government is committed to fighting climate change, and innovative companies like Pond Technologies, CERT and Tandem Technical are helping us do just that,” says Reza Moridi, Minister of Research, Innovation and Science. “With Ontario’s support, these companies can continue vying for the $20 million Carbon X-Prize as they develop leading clean technology solutions that will help protect a sustainable environment for generations to come.”

“Ontario is proud to work with and support home-grown companies such as Pond Technology’s Carbon Cyclers, Tandem Technical and CERT as part of our plan to reduce greenhouse gas pollution and create jobs in the cleantech sector,” says Glen R. Murray, Minister of the Environment and Climate Change. “Congratulations to the semi-finalists and best of luck to them for a prosperous future.”

The Carbon XPRIZE competition began in September 2015 and ends in March 2020. Of the 25 semi-finalists, nine teams from Canada are moving to round two with Ontario having the highest number of participating Canadian teams at three.

“On behalf of the province of Ontario, over the past two years OCE has supported 245 bio-economy and clean technology projects with $10.3M in funding, which in turn leveraged $23.4 million from partners, and we are thrilled to support Ontario’s teams in this global competition as they work to repurpose pollution into everyday products,” says Dr. Tom Corr, OCE’s President and CEO. “The innovation ecosystem and our researchers in Ontario are leading the growth of the low-carbon economy and by supporting these three semi-finalists the province has taken another step in the fight against climate change.”