Canadian-headquartered biogas company Anaergia has been quietly amassing a global portfolio of projects and has turned its attention to full integration of the process. The company has announced a slew of new build-own-operate projects across the world in a bid to offer a real climate change solution.

CEO Andrew Benedek says controlling and manufacturing every element in the process is a deliberate decision to integrate and optimize efficiently, and, ultimately, have the largest effect on the climate.

“I founded the company because I really wanted to have major solution to the overall climate crisis,” Benedek says. “I structured the company to provide a completely integrated technical solutions as I felt that we need an integrated set of solutions to continuously advance the know-how, reduce the price, improve the quantity of gas made, and improve the residue value. And if you only do one part of the equation, you’re not able to effect the change that I was after.”

Anaergia’s solutions offer a way for communities to capture methane – one of the most potent greenhouse gasses in terms of warming potential – from waste before it enters a landfill and to convert it to a replacement for fossil fuels.

Drop-in biofuels, Benedek says, are the most immediate, realistic solution to reducing greenhouse gas emissions, with waste specifically the most carbon-negative fuel.

“The world is so dependent on fossil fuels, it’s an enormous challenge to get off them. Unless we create drop-in renewable fuels at scale, we will not get off fossil fuels. Our hope is that government gets this, and we work like we did for vaccines, and really roll out a program to save your generation, and my grandchildren.”

Benedek, who holds a Ph.D. in chemical engineering, founded Anaergia in 2007 after selling his first Canadian wastewater treatment company, ZENON, to General Electric. During the sale, ZENON employed more than 1,500 people and specialized in building membrane technologies for wastewater recycling; it was Canadian success story. 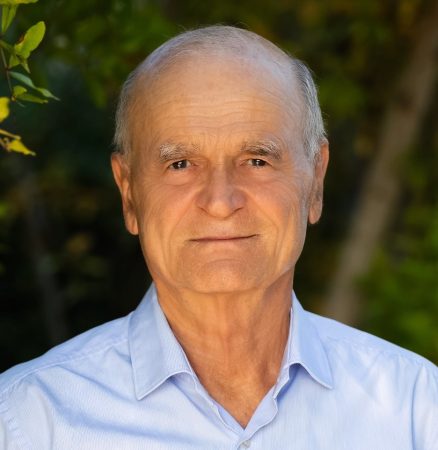 A chemical engineer by trade, Andrew Benedek founded Anaergia in 2007.

During a short tenure between companies at the Scripps Institute of Technology in California, Benedek says he became interested in climate change.

“What I realized is that we need solutions, and they are not going to be easy to come by. One of the best things I thought we could do is to reduce methane emissions. That’s what I started to build a company focused on,” Benedek says.

The founder says he was fortunate for a cleantech start-up because he came into the project with significant capital from the sale of his previous company. That money allowed him to invest “systematically, and properly” to build an international company.

“We created a global powerhouse in turning any kind of organic waste – whether it is agricultural or municipal solid waste or municipal liquid waste – into renewable natural gas (RNG),” Benedek says. “We acquired some companies, we created some technologies out of our Canadian research base, and we progressed to become the world’s leading platform for converting waste to gas and fertilizer.”

Last year the company went public on the Toronto Stock Exchange, gaining access to even more capital to build out its global portfolio.

While Anaergia offers a suite of standalone technologies for every step of the process of converting waste to clean fuel, its build-own-operate (BOO) projects are growing in number. As of print, 13 BOOs are in operation or soon-to-be operating – seven in Europe and six in North America.

The company’s first large BOO, Rialto Bioenergy, is currently operational and is the largest food waste organics digestion facility in North America. The facility turns food waste and sewage into RNG and fertilizer Organics are first isolated from household trash at Los Angeles-area materials recovery facilities using Anaergia’s OREX technology and then brought to Rialto. The organic material is stored in silos and then processed using their Organics Polishing System to remove plastic film and grit contamination and dilute the mixture before it’s sent to the digesters.

Anaergia’s Omnivore digester system then produces raw biogas, which is about 60 per cent methane and 40 per cent carbon dioxide along with some trace contaminants, such as siloxanes, ammonia, hydrogen sulfide, VOCs and water vapour. The upgrading stage sees carbon dioxide removed from the biogas to produce pipeline-quality methane, which is then compressed and injected into the partnering utility’s pipeline.

The residue solid organic material is sold as soil amendment while the liquid is recirculated in the system. Biosolids from the municipal wastewater treatment plants are not used in the digestor, but rather dried to produce biochar using waste heat from the Rialto facility.

The facility runs off an onsite 4.6-MW combined heat and power plant fuelled by methane, and a 2-MWh flow battery system.

The company estimates Rialto can produce up to 985,000 MMBTU of RNG per year, 4.6 MW of electricity, 30 tonnes per day of biochar, and 85 tonnes per day of digestate fertilizer, offsetting up to 220,200 tons per year of carbon dioxide equivalent.

Anaergia’s strength is in its ability to handle mixed waste, bypassing the need for a separate garbage and organics collection. Organics collection, while common in Canada, is at a significant cost and only collects around 25 per cent of all food waste, Benedek says. Most U.S. cities do not have separate collections.

Anaergia can also upgrade existing wastewater treatment infrastructure to handle food waste and produce renewable energy without having to create new infrastructure. The company recently announced its first of such projects in Canada. The Petawawa Water Pollution Control Plant in Ontario will have its anaerobic digesters upgraded to process municipal waste organics along with the usual biosolids. Biogas will then be collected and used to fuel a combined head and power plant. 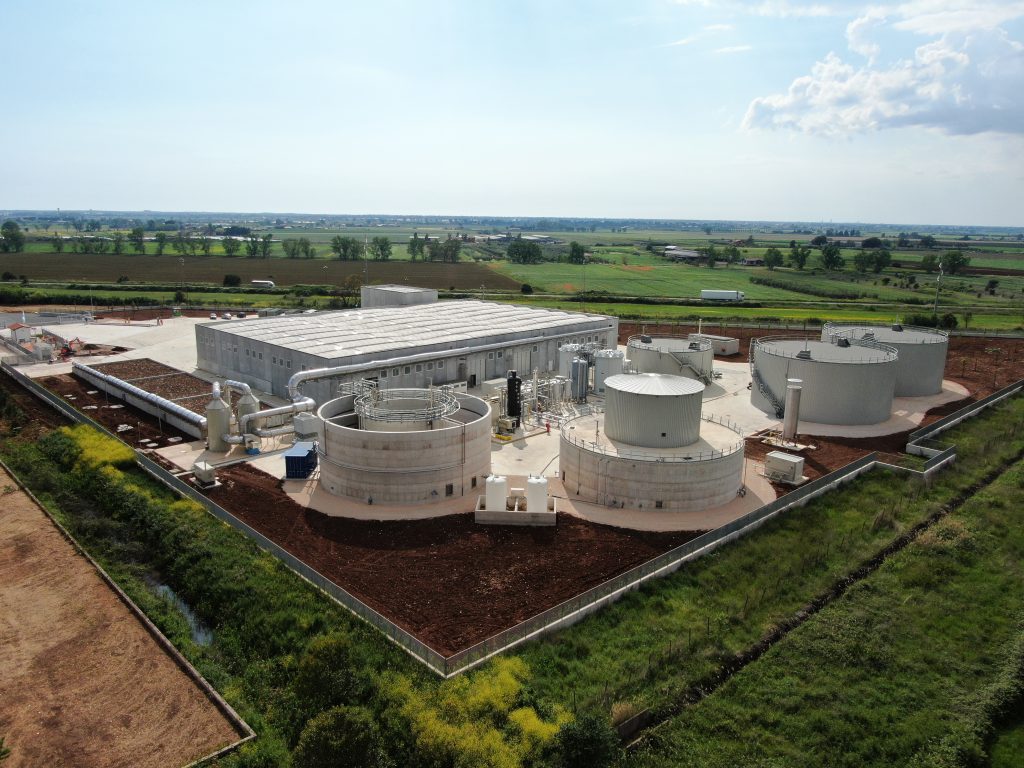 Anaergia has 13 BOOs in operation or soon-to-be operating – seven in Europe and six in North America.

When it comes to scaling up the company and taking on even more projects, financing remains a hurdle, Benedek says.

“Financing is a bit rougher right now than it was just because share prices of renewable companies have gone down in Canada very substantially. As far as I can see almost everybody has rolled back. So this means that we have to be more innovative in how we finance our projects. That’s our company’s limitation,” he says.

Unsurprisingly, Benedek says the biggest challenge to all companies in the clean fuels space is government.

“We start companies because we want to achieve what we hear government say: get more renewable fuels. Then government makes declarations and rules, but they take much longer than anyone thinks. And just when you think you got it right, they change the rules. So, I’m paranoid about government not doing its job,” Benedek says.

With Canada releasing its final Clean Fuel Regulations this year that outlines policy to incentivize low-carbon fuels, and the U.S. passing its massive Inflation Reduction Act that includes large tax breaks to incentivize climate-friendly solutions such as biofuels, there is reason for optimism. But Benedek says he remains skeptical.

“One of the reasons we’re so international is that we want to make sure we balance. If one government is screwing up, we can regroup and put our resources into another part of the world,” he says. “We go where the government regulations make sense.”

While Anaergia will continue to fulfil technology contracts for customers around the world, they’re shifting focus to more and more build-own-operate plants, especially in Europe where nations are facing significant environmental and security concerns.

“We see a really significant increase in [BOO] opportunities in Europe. But now, with these changes and government incentives, we see north America increasing as well. We see mostly capital equipment opportunities in Asia, but a lot of them so that’s also growing,” Benedek says.

“I think things are moving in the right direction, almost simultaneously,” he says. “It’s been slow, but it seems like we’re getting there.”

Related
Working towards a low-carbon future
Gaz Métro demo unit turns biomass into renewable natural gas
EverGen acquires 50% interest in 3 RNG projects in Ontario
Menagerie manure: The story of a man with a plan… for a zoo, and its poo