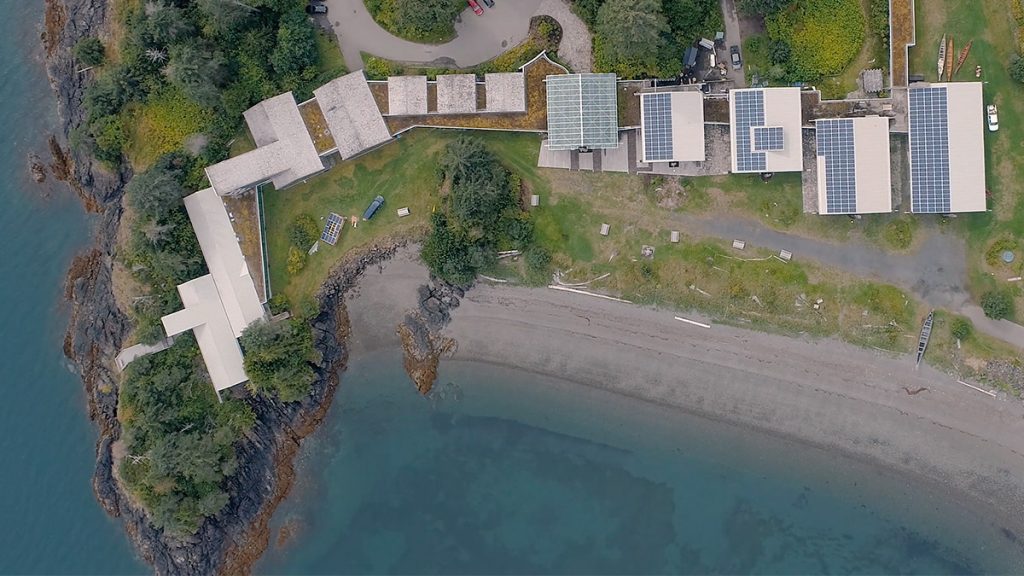 Coast Funds – an Indigenous-led conservation finance organization created by First Nations, the governments of British Columbia and Canada, and private foundations – announced the Renewable Energy for Remote Communities program with the province of British Columbia today. This initiative, launching in early 2020, will see $7.9 million in new investments made with coastal First Nations towards transitioning their remote communities’ fossil fuel-dependent electrical grids to renewable energy sources.

The new initiative is a key component of the CleanBC plan announced by Premier John Horgan with a priority of reducing climate pollution by shifting homes, vehicles, industry, and business off burning fossil fuels and toward greater use of clean B.C. electricity and other renewable energies. To undertake this initiative, the province has partnered with Coast Funds to lead investment with 11 First Nations located within the Great Bear Rainforest and Haida Gwaii regions, and with Fraser Basin Council to lead investments in diesel-dependant communities in other regions of the province.

“Coast Funds was created by First Nations and their funding partners with a priority to invest in transitioning remote coastal communities towards renewable energy,” says Huux̱ Percy Crosby, chair of Coast Funds. “We are grateful for this opportunity to collaborate with coastal First Nations on this core element of the province’s CleanBC plan. New investments under this initiative will further strengthen well-being in remote coastal communities and First Nations’ efforts to protect and steward coastal ecosystems, reducing dependency on fossil fuels and the threat of oil spills in the Great Bear Rainforest and Haida Gwaii.”

Renewable Energy for Remote Communities will assist diesel-dependent communities in transitioning to renewable energy sources between 2020 and 2023. Under this new initiative, First Nations communities that are dependent on diesel to generate electricity are eligible to submit proposals with the initial call for proposals launching in December 2019.

The following First Nations communities will be eligible under the Renewable Energy for Remote Communities program when it launches in December:

Coast Funds will work with all 11 eligible First Nations to develop strong proposals and business plans to maximize access to the Province’s new program under its CleanBC plan. Coast Funds will be engaging with First Nations in November and December to prepare for the initial call for proposals, anticipating that the initial call will be oversubscribed and proposed projects will be ranked by a Joint Review Committee convened by the Ministry of Energy, Mining and Petroleum Resources based on projects’: volume of greenhouse gas displacement; cost-effectiveness; contribution to social, economic, and environmental resilience of communities; technical feasibility and risk mitigation; capital planning and long-term financial viability; project management; and degree of community engagement and partnerships.

Communities that are not dependent on fossil fuels to power their remote community electricity grids are not eligible for funding under Renewable Energy for Remote Communities program. However, all communities should be aware that there are multiple programs focused on renewable energy and reducing climate pollution under CleanBC. Please visit the following resource provided by the Province of British Columbia for all currently available funding programs.

“Our team at Coast Funds is excited to get to work with First Nations to decarbonize their energy systems and significantly reduce greenhouse gas emissions on the coast,” stated Brodie Guy, executive director of Coast Funds. “There are numerous opportunities to invest in micro-hydro, wind, solar, biomass co-generation, and more across the Great Bear Rainforest and Haida Gwaii and we hope this new program serves as a launching pad towards further investments that strengthen the resiliency of First Nations’ communities as we collectively adapt to and fight climate change impacts across the coast in the years ahead.”