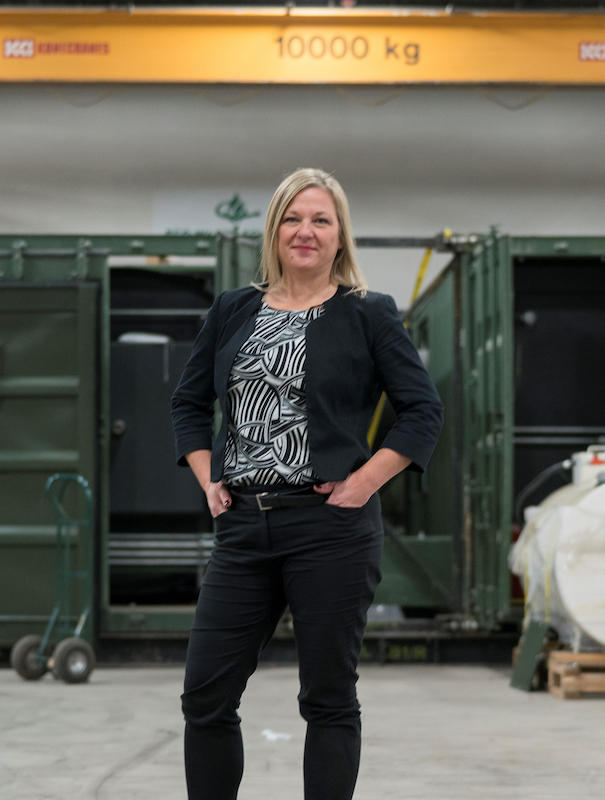 The list of Canada’s Top 100 Most Powerful Women was released today, celebrating the outstanding women across Canada who advocate for diversity in the workforce and inspire the next generation of leaders across the country.

“We’ve long appreciated the WXN’s work in highlighting the role of female leaders in Canadian business,” Lucas said. “It’s a great honour to be recognized as someone who’s helping to drive that mission forward.”

Lucas has been a champion of women in historically male-dominated fields for more than two decades. “As a technology company working with engineers and trades across multiple industries including military and mining, I am acutely aware that I am often the only woman in the room, particularly at the most senior levels,” she said. “When you’re trying to effect big change, you need all the brainpower you can gather, and leaving women out of the conversation just seems like a missed opportunity to me.”

Co-founder of Women in Mining Canada, a national non-profit organization designed to attract, retain and advance women to senior levels in the mining industry, Lucas now heads an all-female executive leadership team at Eco Waste. “What’s most gratifying to me is that all of these women have been with Eco Waste for 10 years or more. We didn’t set out a mandate to hire women only or establish a quota,” she said. “We simply created an environment where everyone was given an equal opportunity to excel, and these women rose to the challenge.”

What’s next for Lucas? “I’m thrilled to be included in this list. Some of the past winners are women I’ve admired and whose careers I’ve followed since I was a teenager, and the other women named this year are doing some really groundbreaking work,” she said. “But it’s also a reminder that there is still work to be done when it comes to realizing the potential of female leadership, in Canada and around the world. I’m looking forward to using my influence to mentor and support the next generation.”