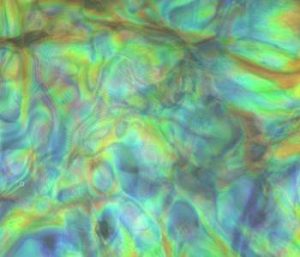 A five-year R&D program for cellulose nanocrystals (CNCs) managed by FPInnovations and funded by ArboraNano and government agencies has resulted in an impressive catalogue of over 50 peer-reviewed scientific papers and $1.6 million invested in research to further the development of nanocellulose applications derived from wood fibre.

The far-reaching research that came out of the Nanocellulose Challenges Program established a collaborative environment for CNC R&D in Canada. In a bold move to spur creativity, research findings were published in open literature instead of protected as patentable intellectual property by the participating organizations.

“As a whole, the research community took a step back to focus on fundamental pre-competitive research because there were big gaps stopping everyone from moving forward,” said John Schmidt, FPInnovations manager of innovation and academic partnerships. “This was the best way for the community to collaboratively take CNC research to the next level from where all researchers could continue their research.”

The key objective of the Nanocellulose Challenges Program was to generate new knowledge about cellulose nanomaterials. Of about 40 proposals received, eight were funded.

ArboraNano was a business-led network of Centres of Excellence that operated between 2009 and 2014 with a mandate to develop applications for cellulosic nanomaterials. It provided $430,000 in seed money, which attracted additional investments from Prima Quebec, Alberta Innovates and the Ontario Centres of Excellence for a total of $1.6 million. All proposals were submitted through the Natural Sciences and Engineering Research Council (NSERC) Collaborative Research and Development Program.

“One of greatest things to come out of this open call for proposals was bringing new and younger researchers into the picture and introduce them to this industry and its challenges,” said Schmidt. “Established researchers and new researchers benefitted from each other’s perspectives and the hope is they will continue to have conversations to develop the field in the future.”

A summary of the peer-reviewed journal articles that have resulted from the program will be available to members in an FPInnovations special report. For more information on the Nanocellulose Challenges Program, please contact John Schmidt at john.schmidt@fpinnovations.ca.