March 7, 2019 - Canada produces about three million tonnes of wood pellets a year, putting us in second place globally. Almost all of what we produce is exported. Despite being one of the coldest countries on earth and wood pellets being a low-cost energy source, less than one per cent of Canadian homes and businesses are heated with wood pellets. 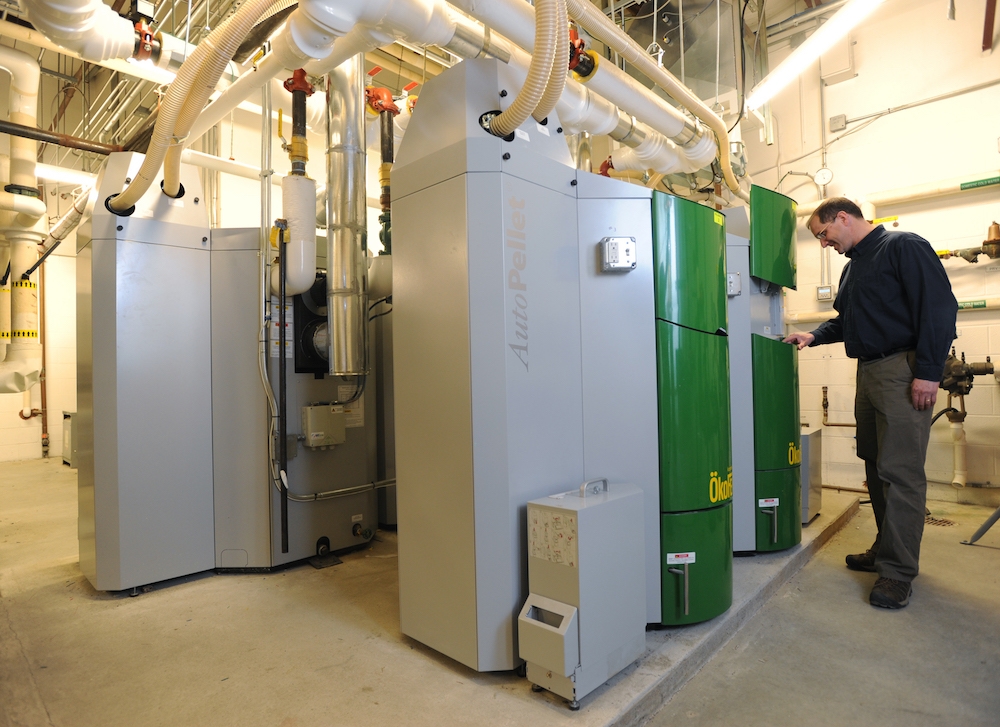 Europe, on the other hand, uses 15 million tonnes of wood pellets annually to heat homes, commercial buildings, hospitals, schools and more. This is five times more than Canada’s total production. In southern European countries with warmer climates, like Italy and France, pellet stoves are popular and pellets are purchased in bags. In the colder climates of central and northern Europe, pellet boiler systems used for central heating are more common, and pellets are received by bulk delivery. European manufactured wood pellet boilers are fully automated – as convenient as gas or oil – and only need to be maintained once or twice yearly.

Wood pellets are a clean, renewable, low-carbon energy source. Given Canada’s ambitious GHG reduction targets and the affordability of wood pellets, why are we having such a difficult time growing our domestic pellet heating market?

There are several reasons, but the primary impediment to growing Canada’s pellet central heating market is the shortage of high-quality boilers and furnaces. Many of the world’s best pellet boiler brands are not available in Canada because the regulatory process for certifying boilers manufactured outside the country for installation in Canada is complex. Gaining access to a market that will be initially small is therefore prohibitively expensive. To encourage the development of a robust pellet central heating industry in Canada, the technical barriers to certifying European pellet boilers must be removed.

It is common for no directly applicable standards to exist for new technologies being introduced to a region. Generally, regulators will use the standards tools they have to try to fit the new technology into their existing regulatory frameworks. In the best cases, this is a Band-Aid solution while proper standards for the emerging technology are created.

These standards defer to codes published by the American Society of Mechanical Engineers (ASME) and the National Board of Boiler Inspectors (NBBI), also a U.S. organization. Although they are well-tested standards intended to protect end-users from substandard pressure vessel fabrication, these standards have a protectionist effect. Imported European boilers are forced to meet North American standards that are sufficiently different from established European standards to require expensive redesign and special fabrication.

The situation for performance standards is more complex as provinces may or may not have adopted standards consistent with CSA B415, the Canadian standard for efficiency and emissions testing of solid biomass heating appliances.

These complexities make Canada look like an expensive market for European manufacturers to enter, so the necessary amount of outside interest and marketing to encourage pellet central heating hasn’t been widely achieved. In provinces and territories where one or two manufacturers have made the large commitment to certification, the markets are growing at encouraging rates. Quebec and the Northwest Territories are the two most rapidly developing regions at this time. Both have grown sufficiently large markets to have bulk pellet delivery available for consumers of various demand sizes.

The countries that produce state-of-the-art central pellet heating appliances are all members of the European Union. Recently, Canada and the EU entered into a trade agreement known as the Canada Europe Comprehensive Economic and Trade Agreement (CETA), intended to make trade easier among parties to the agreement. The complexity of pellet heating appliance importation into Canada from Europe represents a technical barrier to trade that should be eliminated.

While this looks like a cumbersome, bureaucratic process on its face, rectification of the situation might actually be quite simple. The EU has had more than a decade to develop strong standards for the safety and performance testing of pellet boilers and furnaces. All standards related to pellet boilers are contained or embedded in EN 303-5. These standards have provided demonstrable safety for consumers and high efficiencies and clean emissions for the general good.

Several years ago, forward-looking consumers in Prince Edward Island (PEI) imported biomass boiler systems from Europe for their quality and efficiency. Since the boilers didn’t meet the CSA B51 requirement stated above, the boilers were installed as “open” systems – meaning they were installed non-pressurized. Although open systems are not generally recommended, such systems are exempt from the pressure vessel requirements of B51. Politicians in PEI asked their technical experts for a solution to this apparently unnecessary conflict between regulations and citizen needs.

The PEI government funded a number of trips to Europe for the chief boiler inspector who worked with manufacturers and TÜV, a major global testing agency, to understand the provisions of EN 303-5. Based on the inspector’s findings and recommendations, the government adopted a provision within the PEI Boilers and Pressure Vessels Act for non-ASME boiler certification. This provision expressly allows for the provincial certification of boilers formally certified to meet the provisions of EN 303-5. Similar modification of CSA B51.1 to recognize the EN 303-5 standards in place in CETA member countries would remove the technical barrier to pressure vessel certification that is inherent in the current regulatory situation.

Similarly, Ontario has adopted air quality standards regulations and guidelines for performance and emissions from small biomass combustors that expressly cite the methods and requirements in EN 303-5 (Guideline A-14). Again, recognizing EN 303-5 certification as compliant with Canadian requirements in CSA performance and emissions standards could remove technical barriers to trade.

To encourage the development of a robust pellet central heating industry in Canada, the technical barriers to certifying European appliances must be removed. It may be that the quickest solution is including exemptions for EN 303.5 certified boilers in relevant Canadian standards, such as CSA B51 and CSA B415. This would continue to protect the public while providing an easier route for importing the equipment that has been certified compliant with EN 303-5 by a recognized testing facility in Europe.

The Wood Pellet Association of Canada (WPAC) is actively pursuing standard and regulatory change to facilitate the importation of state-of-the-art pellet central heating equipment up to 500 kW (1.7 MMBTU/hour) of useful thermal output. This is the equipment expressly covered by the EN 303-5 standards in Europe. WPAC is currently working with CSA Group, the Canadian Counsel of Ministers of the Environment (CCME), and several forward-looking regulators in an effort to engage all relevant stakeholders in a concerted effort to remove existing technical barriers to trade for pellet central heating equipment.

When this effort is successful, Canadians across the nation will enjoy access to a broad range of highly evolved pellet central heating products enabling them to heat with locally produced, renewable biomass energy.

Dr. Harry “Dutch” Dresser was the founding director of Maine Energy Systems, and is now a consultant in North America for the emerging biomass central heating industry.