June 14, 2022  By Fraunhofer Institute for Microengineering and Microsystems IMM 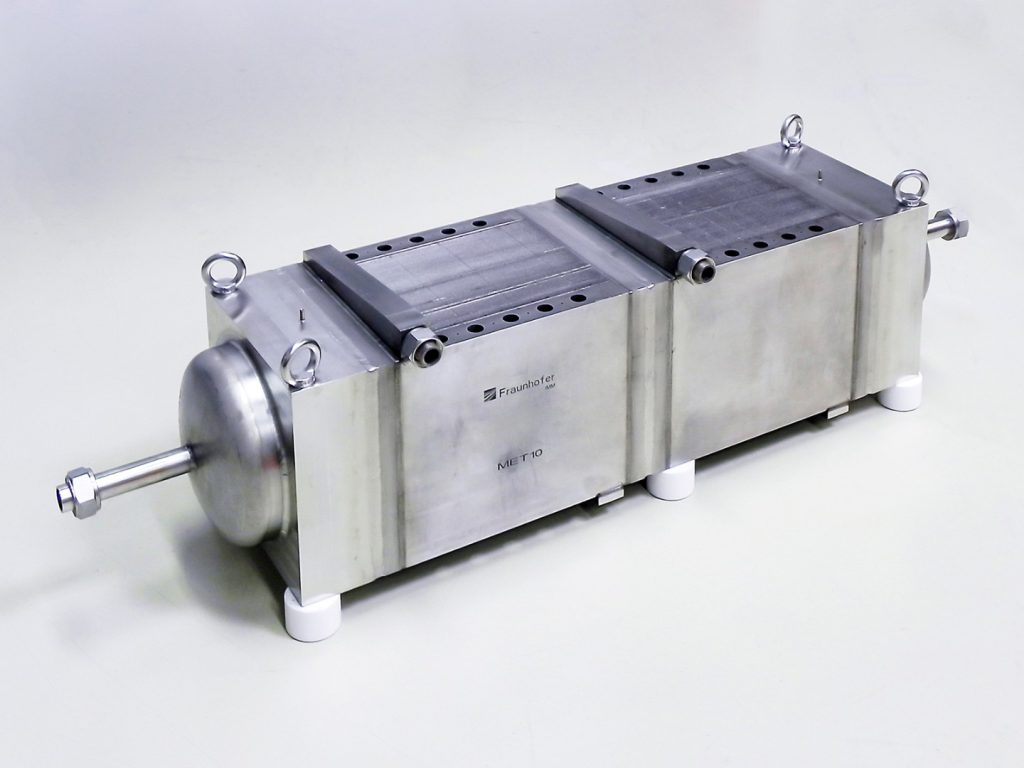 Biogas plants produce methane along with more than 40 per cent CO2, which has been released into the atmosphere in conventional biogas plants. Researchers from the Fraunhofer Institute for Microengineering and Microsystems IMM have now found a way to convert this waste product into additional methane, thus drastically increasing the methane yield from biogas plants. The process is up and running and the research team is currently scaling up the demonstration plant to five cubic meters of methane per hour.

Germany is on the road to climate neutrality and is aiming to reduce carbon dioxide emissions by 65 per cent by 2030 compared to the 1990 levels. Biogas plants play an important role in defossilization: bacteria in these plants break down biomass in the absence of oxygen to form biogas which, on average, comprises up to 60 per cent methane and more than 40 per cent CO2. While the biogas is used to generate electricity and heat in combined heat and power units or can be upgraded to natural gas quality and fed into the natural gas network, the CO2 has not been utilized to date.

Ensuring full use of biogas

Researchers from Fraunhofer IMM are now working at technology to utilize the CO2. “We are converting the CO2 into methane using green hydrogen,” says Dr. Christian Bidart, one of the scientists at Fraunhofer IMM, explaining the principle behind the new process. This means that the biogas produced can be used to its full extent now and not only to around 60 per cent, as in the past. The underlying chemical reaction has been discovered more than 100 years ago, but to date it has not been used for direct upgrading of biogas. In the scope of the energy transition process, however, pathways for the utilisation of CO2 are getting into focus. 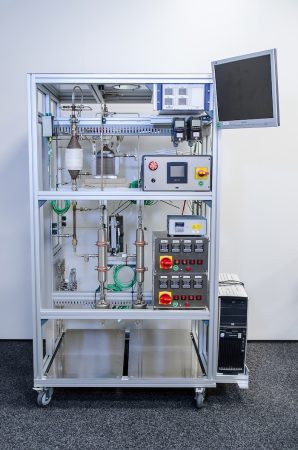 10 kW mini plant for the methanation of CO2. Image supplied.

In the ICOCAD I project, the research team developed a demonstration plant which converts one cubic meter of biogas per hour into one cubic meter of methane with a thermal power equivalent of 10 kilowatts of the electrolyser required to produce the hydrogen for the process. In the follow-up project ICOCAD II, the researchers are now in the process of scaling up this demonstrator by a factor of five – to a thermal output of 50 kilowatts.

One of the challenges in this project is the highly dynamic nature of the process. The amount of electricity generated by wind and photovoltaic systems fluctuates significantly – which means that the amount of green hydrogen obtained from water using electricity in electrolyzers is also subject to considerable fluctuations. The demonstration plant therefore needs to be able to respond quickly to varying quantities of hydrogen. Storing hydrogen would technically be possible but would be complicated and expensive.

“We are therefore working on making the entire system flexible in order to avoid hydrogen storage to the largest possible extent,” says Bidart. CO2 storage tanks are part of this plan, because the quantity of CO2 produced in the biogas plants remains constant.

Developing efficient catalysts for the reaction was another challenge. The solution that the Fraunhofer IMM researchers came up with was to use a microcoating made from precious metals. The principle behind it is that hydrogen and carbon dioxide flow through a large number of microchannels – which have walls coated with the catalyst – where they react with each other.

“In this way, we can increase the contact surface between the gases and the catalyst material and reduce the amount of catalyst required,” says Bidart. Numerous microstructures of this kind are stacked on top of each other in the reactor.

The researchers are currently working on implementing the larger demonstrator and realizing dynamic operation. They hope to be able to put this plant into operation in 2023 so they can test it under real conditions at a biogas plant. However, this is by no means the limit of their upscaling plans – given the large volumes of CO2 produced by the biogas plants. The researchers therefore have further plans to scale up to 500 kilowatts by 2025 and again to one to two megawatts by 2026.