April 17, 2017 - Four years after launching his first biomass venture, Talby Mckay is ready for his next challenge. 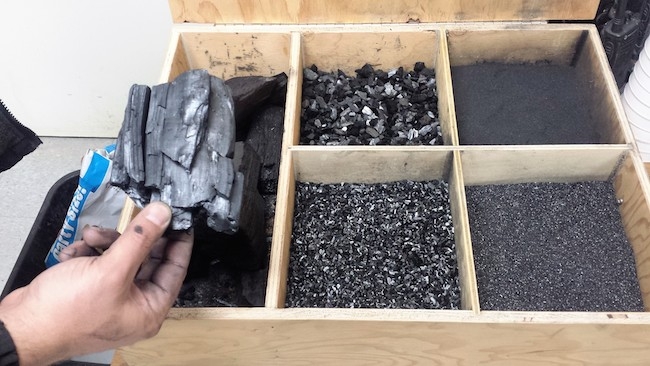 On the strength of a successful partnership with a U.S. biochar company, Mckay – the president and owner of Prince George, B.C.-based Northern Biomass Consulting – is currently in the process of expanding his company’s Canadian operations into the biochar sector, with plans to build a biochar processing plant in Nanaimo, B.C., in the works.

“I think the natural progression is to expand, and we’re now at a point where we’re ready to delve into biochar,” he says. “We’re acquiring funds right now to build our first plant in Canada.”

After almost 20 years spent working with grinders as a part of his family’s business in Northern Alberta, Mckay branched out on his own in 2013, purchasing a grinder after securing his first biomass-grinding contract. His business quickly grew in the years that followed, offering training and management services to grinding companies, fibre recovery processes to mills, and biomass consulting to pellet producers across Western Canada. This success ultimately led to bigger contracts and valuable strategic partnerships with industry stakeholders.

One partnership in particular – with Colorado-based firm Biochar Now – has proven to be a great boon for Mckay’s business, paving the way Northern Biomass’s entry into the biochar market. The planned B.C. plant will be a joint venture between the two companies.

“We worked on some projects together to produce fibre, but we’re now in an official joint venture with them,” explains Mckay. “This enables us to be the fibre management company, and handle plant management for them. It also gives us rights to Canada, as well.”

Far from a pilot project, the Nanaimo plant represents a continuation of the work that Biochar Now and Northern Biomass Consulting have been collaborating on in the U.S.

“We have a plant down in Denver that is in production and is building biochar right now, but on a relatively small level, because their fibre intake is low,” says Mckay. “So this is probably better understood as our initial Canadian-based facility.”

The Nanaimo plant will employ a kiln-based process that uses pyrolysis and advanced software to generate biochar. To this point, the project has met all required standards for emissions, volume per plant, leeching, and stockpiling, leaving only site permitting and additional funding to be resolved.

“We’ve already done our environmental assessment review with the provincial government and have met all requirements,” says Mckay. “Our EPA standards have also been met, so at this point, individual permitting for sites is the only thing holding us back.”

If Mckay has his way, and additional funding falls into place quickly, he expects the plant to be complete within a year.

“We want to be stockpiling material in six to eight months, and operational with our process in eight months to a year. It’s all down to funding at this point. Our goal now is to get the word out, and to open up our joint venture for funding.”

Once completed, the plant’s 240 kilns will be capable of producing 139,200 pounds (63,140 kg) of biochar per day. And while Mckay is currently focused on generating additional funding for the construction of the project – he estimates the total startup cost to be around $16 million CDN – he makes clear that this project represents only one step in a larger effort to establish biochar processing plants across Western Canada.

“The first plant is going to be in Nanaimo, with expansion plants to follow in Valemount and either Kitimat, Stewart, or Edson,” he says. “We also have some markets in Alberta that we’re interested in, and we’re hoping to expand into other Canadian markets.”

Plenty to go around

Once operational, Mckay believes it won’t take long for the Nanaimo plant to prove its long-term viability, which should help expedite the construction of future expansions. He points to the robust biochar opportunities that Northern Biomass and Biochar Now have accumulated in the U.S. as proof.

“We already have a huge American market at this point,” he says. “We have purchase orders and letters of intent signed that already exceed the capacity of our first plant. The market itself is about a $4 billion USD biotarget market.”

Mckay estimates that each plant will employ 30-35 new workers directly, and up to 200 indirectly through shipping, processing, and other ancillary activities. And while he is eager to expand into Canadian markets, Mckay is also quick to point out that his company doesn’t intend to compete with existing companies. Instead, he hopes to build relationships with them.

“While it might appear like we’re going to compete for residual fibres in the marketplace with pellet companies that already have locked-down fibre concerns, we actually want to work with these existing companies, because we’re not competing for the same residual,” he explains. “We use a chunkier wood, so we’re not after a straight hog, or sawdust or a chip—we’re after a chunk. We want to work with companies that are using these other fibres, go into the bush, and help them to exceed the limits for the fibres they’re using now.”