Sept. 14, 2016 - Renewable Energy Group, Inc. announced yesterday that the company sold more than 50 million gallons of biomass-based diesel during the month of August 2016. The sales volume created a new milestone for REG and was a first in the company’s history. 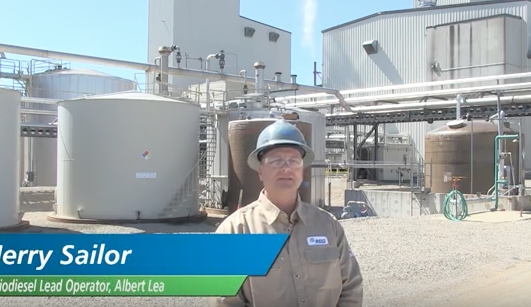 “We are thankful for our customers, vendors and investors who made this milestone possible because of the relationships and business we have had the privilege of building with them over the last 10 years,” said Daniel J. Oh, REG President and CEO. “This is an operational testament to the total team effort within REG, and proof of our industry’s ability to respond to growing demand for high quality, biomass-based diesel in support of consistently growing RFS-2 RVOs.”

REG sold approximately 50.9 million gallons of biodiesel and renewable hydrocarbon during the month. The figure does not include sales from Petrotec, the German biodiesel producer in which REG has majority ownership.

Renewable Energy Group, Inc. is a leading North American advanced biofuels producer and developer of renewable chemicals. REG utilizes a nationwide production, distribution and logistics system as part of an integrated value chain model to focus on converting natural fats, oils and greases into advanced biofuels and converting diverse feedstocks into renewable chemicals. With 12 active biorefineries across the country, research and development capabilities and a diverse and growing intellectual property portfolio, REG is committed to being a long-term leader in bio-based fuels and chemicals.

For more than a decade, REG has been a reliable supplier of advanced biofuels which meet or exceed ASTM quality specifications. REG sells REG-9000 biomass-based diesel to distributors so consumers can have cleaner burning fuels that help diversify the energy complex and increase energy security. REG-9000 biomass-based diesel is distributed in most states in the US. REG also markets ultra-low sulfur diesel and heating oil in the northeastern and midwestern US. For more information on REG visit our website at www.regi.com