Aug. 14, 2018 - Nordmethan GmbH, a company of the Weltec Biopower Group, has taken over an insolvent biogas plant in Südergellersen, Lower Saxony. The German specialist for the development and operation of biomethane and biogas plants will fully modernise the technical and operational overall concept of the 2.2-megawatt plant. 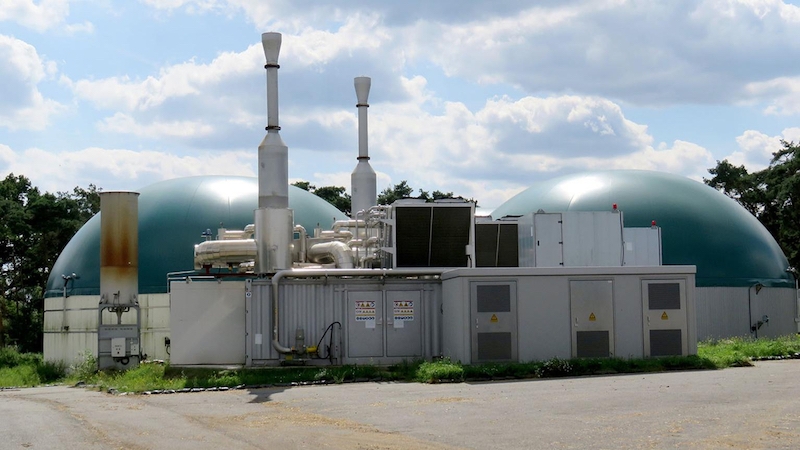 The project development work is currently under way. “Following a takeover negotiation process of about two years, we will speedily modernise the plant technology in order to ensure its going concern”, says Jens Albartus, director of Weltec Biopower and Nordmethan.

The original plant had been set up in 2009 and expanded in 2014. The operator’s concept was based on the digestion of horse manure and sale of the digestate as fertiliser pellets. However, as the concept turned out to be technically difficult and economically unfeasible, the plant went bankrupt. Following the takeover by the Weltec Group, the substrate input is now being adjusted, and the plant technology is being modernised.

Henceforth, the two digesters with a capacity of 3,000 m³ each will be largely fed with renewable raw materials and horse manure from local suppliers within a range of less than 15 km. The generated biogas will be used to run two cogeneration power plants with an electrical output of 1.1 MW each. Nordmethan will supply the power to the public power grid. Part of the exhaust heat from the cogeneration is to be used for drying the digestate.

Initially, extensive upgrade and repair work will be performed to ensure profitable operation of the biogas plant: Among other things, the investments of the Weltec Group comprise modernisation work on the two cogeneration power plants and the solid matter input systems. “Additionally, we will install two digestate storage units and two digestate dryers. By equipping the biogas plant with modern control technology and a drive-in silo system, we will ensure flexibility for all requirements”, says Jens Albartus, explaining the background of the conversion measures.

In view of this general overhaul, Jens Albartus is highly optimistic about the future economic success of the 2.2-MW plant. Thanks to its strong service department and the experience gained in building more than 300 biogas plants around the globe, the Weltec Group is well prepared for such projects. In Südergellersen, the company’s expertise will make sure that the plant operation can react in a flexible way to all future challenges.