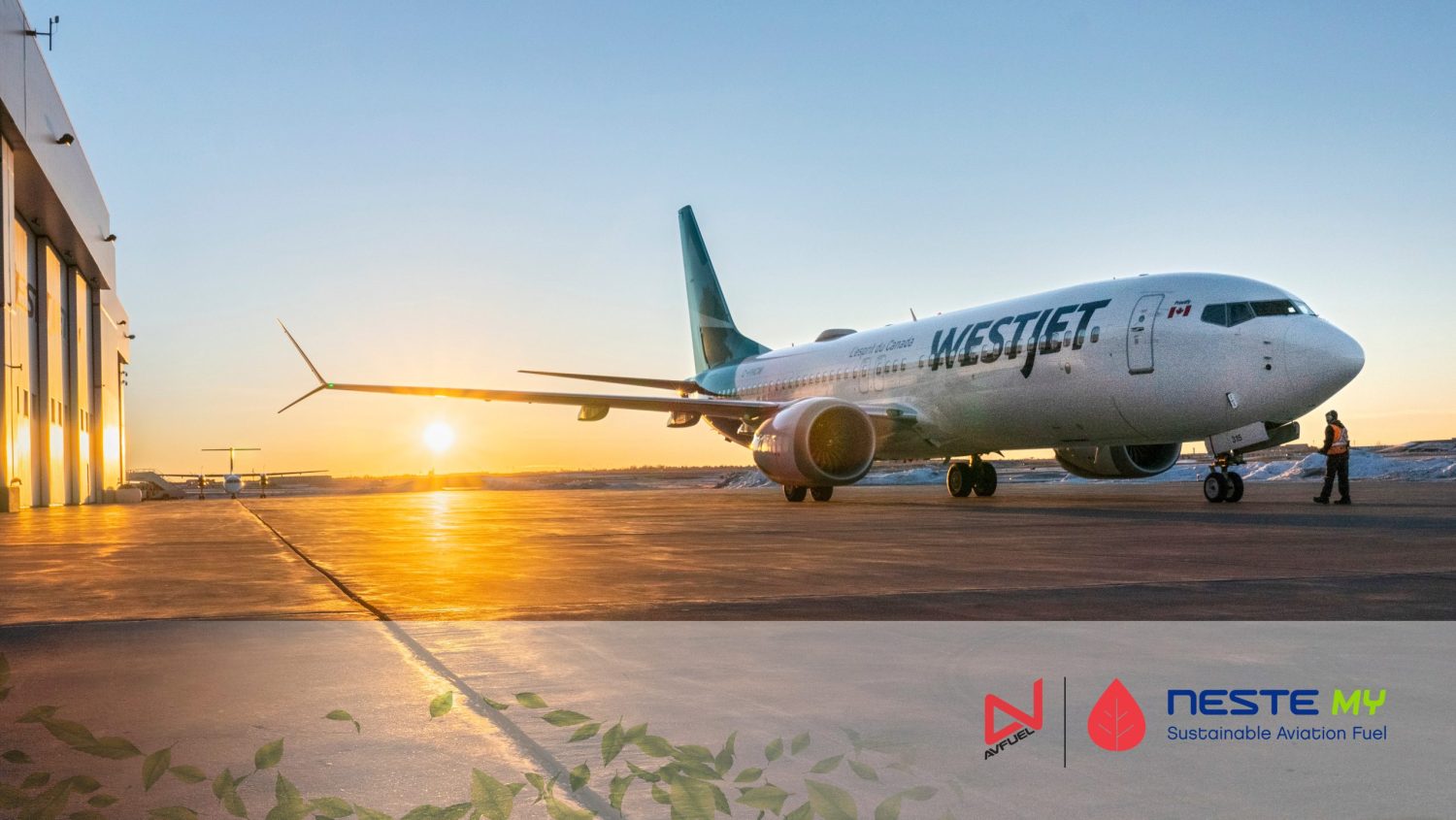 The departure of WS1681 coincided with the end of New York’s UN General Assembly and Climate Week NYC where world leaders gathered to discuss critical issues facing our environment, including the need to decarbonize and reduce global emissions.

“Sustainable aviation fuel (SAF) holds enormous potential to decarbonize aviation and WestJet is committed to furthering our investments in this space to reduce our environmental footprint for years to come,” said Gareth Lewis, director of sustainability & ESG, WestJet. “Today’s SAF flight highlights our commitment and continued efforts to advance SAF as the low carbon fuel standard for aviation and help educate our passengers and stakeholders about its benefits.”

WestJet purchased 4,500 gallons of Neste MY Sustainable Aviation Fuel from Avfuel Corporation for the September 26 flight, providing an approximate 11 metric ton reduction in carbon emissions over the fuel’s lifecycle. SAF is the most effective way to reduce the carbon footprint of air travel and Neste MY SAF can reduce greenhouse gas (GHG) emissions by up to 80 per cent* compared to fossil jet fuel when used in its neat form. Neste MY SAF is made from 100 per cent sustainably sourced, renewable waste and residue raw materials, such as used cooking oil and animal fat waste. The SAF can be blended in with conventional jet fuel to meet all certification and safety requirements, making it an ideal solution to reduce GHGs from air travel, while requiring no new investments in aircraft engines, fuel infrastructure or distribution processes. The partnership between Neste, the world’s largest SAF producer, and Avfuel made the SAF flight possible.

“We are thankful to both companies for bringing the Avfuel team in to help facilitate this milestone transaction,” said Keith Sawyer, Avfuel’s manager of alternative fuels. “It’s a testament to WestJet’s commitment to environmentally responsible operations, and indicative of Avfuel and Neste’s reach for facilitating sustainable operations together.”

As WestJet furthers efforts to reach net zero carbon emissions by 2050, the airline is committed to growing responsibly and encouraging a SAF ecosystem to increase production in North America. SAF is a major pillar of WestJet’s ESG strategy, and is a key component in the roadmap to decarbonize aviation and provide lower emission flights for its guests.

Along with yesterday’s SAF flight, WestJet has focused on a number of sustainability initiatives, including operating one of the youngest and most fuel-efficient aircraft fleets in North America; investing in fuel-efficient aircraft engines and blended winglet technology; using advanced RNP approach software technology to make efficient aircraft landing approaches, and implementing gold Leadership in Energy and Environmental Design (LEED) standards at its corporate head office.