Feb. 9, 2018 – The City of Yellowknife is the 2018 winner in the energy category of the Federation of Canadian Municipalities’ (FCM) Sustainable Communities Award. 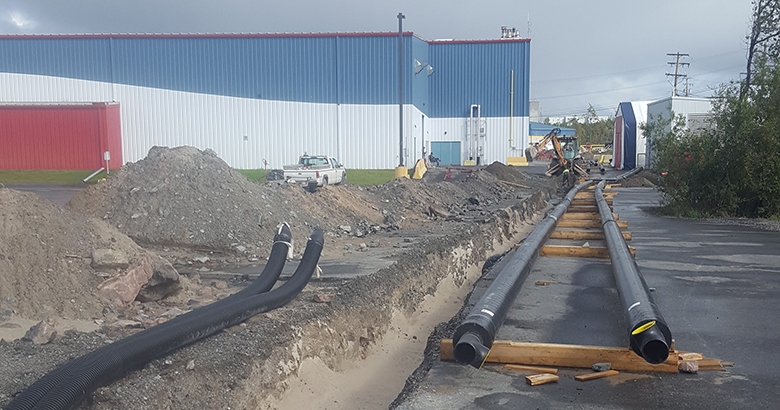 Yellowknife’s Biomass District Energy System is fuelled by wood pellets and is expected to cut GHG emissions by 829 tonnes a year in addition to saving the city between $140,000 and $160,000 annually.

The district energy system is shared by five municipal buildings in the community that were previously fuelled by approximately 367,000 litres of heating oil a year — heating oil was what the city previously relied on.

“Yellowknife’s district energy system is an inspiration to other northern communities looking for viable alternative energy sources,” the FCM stated. “In fact, neighbouring building owners have already approached the city to discuss the benefits and challenges of implementing similar systems.”

More than 70 per cent of Yellowknife’s energy consumption is used for heating homes and buildings, which is known to be costly in Northern Canada.

“The project will support a local wood pellet plant that is currently being developed, which will bring economic benefits to the region once it is up and running,” the FCM stated.

The district energy system is expected to begin operating in March 2018.