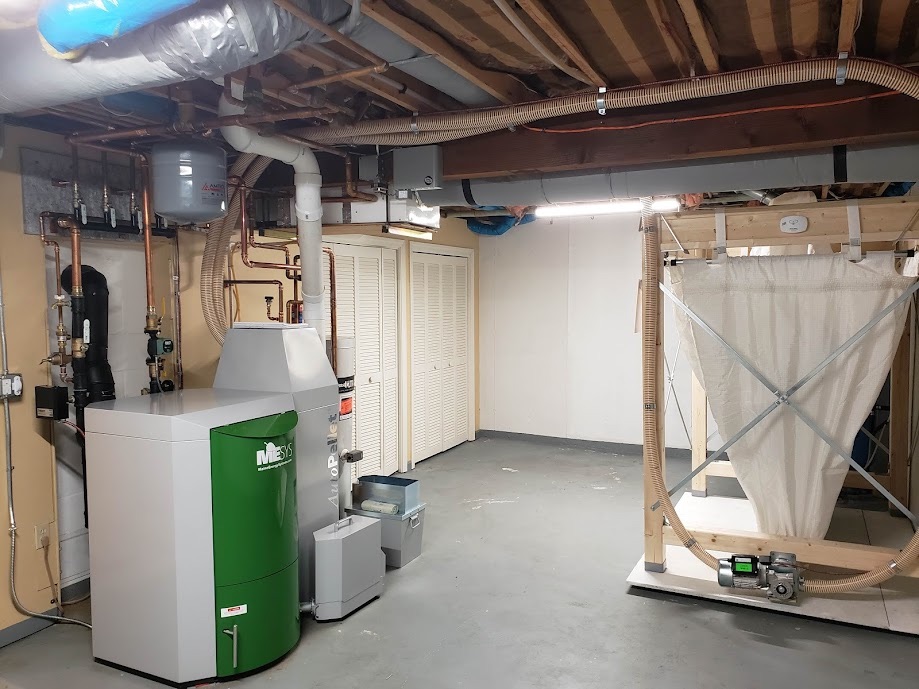 Significant progress is being made on the adoption of European boilers into Canada paving the way for Canadians to replace oil and coal with the renewable and clean energy that wood pellets can provide.

Last year, we wrote an article about the missed opportunities due to administrative barriers that restrict the sale of boiler systems that use pellets into the Canadian market. The current situation is a catch-22: we don’t make the boilers in Canada, and we can’t import them as they are manufactured, so the only significant markets for our pellets lay offshore, to be used in homes and businesses around the world as a sustainable source of renewable energy and heat. Canada’s wood pellet consumption is tiny by global standards, entirely due to the lack of access to modern highly-automated wood pellet boilers.

The barrier comes in the form of a small section of the Canadian Standards Associations requirements 4.10.1.2: of CSA B51:

The fact is Austria and Germany produce the most advanced and among the safest boiler systems in the world. To ensure public safety, these small pellet boilers are manufactured according to the European EN 303-5 boiler safety standard (biomass boilers up to 500kW output power) as well as relevant provisions of European pressure equipment directives and machinery directives. These standards are safe, effective, and are recognized in most countries, except Canada.

Our work on this started over three years ago. Despite our best efforts, we’ve been stymied by standards that haven’t evolved with global safety and market developments.

Today, with the foresight and leadership of provinces like Prince Edward Island and Ontario, progress is being made. The Provincial-Territorial Advisory Committee (PTAC) has created a project team to explore this issue and potential solutions in more detail. The project team is developing a white paper containing possible standardizations solutions to allow for a larger variety of European boilers to be brought to market in Canada. One possible solution that is under early consideration is for a new appliance standard to be developed to address deviations between existing standards.

The paper will be presented to PTAC for comment later in 2022.

If a new standard is eventually developed, provinces and territories could adopt the new standard as part of their regulatory frameworks once the standard is published. This will ensure alignment across Canada, creating a one-window-market system for potential two-way trade with the EU.

It is the hope of those in the pellet and small biomass boiler industries that any solutions emerging from this process will permit the installation of EN 303-5 certified boilers with reasonable stipulations.

Under the terms of the EU-Canada Comprehensive Economic and Trade Agreement (CETA) the current situation constitutes a barrier to trade and must be considered deliberately. The Wood Pellet Association of Canada (WPAC) has been seeking resolution to this unnecessary barrier for several years now hoping for increased domestic use of its renewable fuel.

Changing the status quo has been difficult for two reasons: 1) those who review and modify existing standards are heavily invested in them and resist significant changes to them, and 2) boiler regulations are the purview of the provinces requiring each province to modify its regulations if country-wide installation approval were sought even if a relevant existing standard did change.

However, Prince Edward Island is waiting for no one. Based on the research of its chief boiler inspector and the progressive actions of the government, PEI boiler regulations were adapted to permit the pressurized installation of EU certified (EN 303-5 and PED) biomass boilers with reasonable restrictions. Today, there are nearly 40 of these systems successfully installed and running in the province. However, exemptions are not ideal; acceptance into standards is the goal.

The Europeans have made major strides in GHG emissions reductions in their own countries, and more than half of those reductions are attributable to biomass combustion replacing fossil fuel combustion. Pellet boiler sales in the EU have grown continually over the last decade with some manufacturers more than doubling their production in 2021 alone. This rapid growth has arisen because the pellet boiler manufacturers of Austria, particularly, have invested heavily in research and development resulting is technological achievements that capture ever more of the energy in burned fuel while reducing harmful emissions to near zero. The uptake is further fuelled by wood pellets from Canada – the second largest producer and exporter of wood pellets in the world.

Who would have imagined small condensing biomass boilers with flue gas temperatures so low that PVC can be used for venting, or pellet boilers that generate heat and electricity simultaneously (CHP) in every output range? Well, the Europeans did and it’s time for Canada to follow their lead.

Fuel poverty in Canada is on the rise

Canada could make significant progress on lowering GHG emissions and reducing heating fuel cost by using heat derived from Canadian wood pellets for homes, businesses, and municipal buildings. Today, because the Canadian wood pellet market is so small due to lack of boilers, about 90 per cent of the wood pellets manufactured in Canada are exported to achieve GHG reduction and fuel cost savings in Asia, Europe and the United States. At the same time, many Canadians use imported fossil fuels for their own heating, thereby increasing Canada’s GHG emissions and costing them more hard-earned money than is necessary.

As an example, New Brunswick home- and business-owners currently heating with oil could save $400,000,000 a year by using wood pellets as their heat source in place of oil. The province is home to five wood pellet plants that produce approximately 350,000 tonnes per year. This fuel has an energy content of over six PJ and could replace all heating oil and natural gas consumed by commercial and institutional buildings in New Brunswick. However, due to little local demand, over 90 per cent of its wood pellet production is exported. As a result, the province also forgoes 1.3-1.7 Mt CO2 per year (10-14 per cent of New Brunswick total) in GHG reductions.

A missed opportunity for Canadians

Recognizing wood pellets as a remarkable economic and environmental win for the country in policy decisions is the best first step. Canadian wood pellets are all made from wood fibre that would otherwise be burned for no useful heat value or left to decompose on the forest floor. Inefficient open burning increases GHG and particulate emissions, and decomposing produces methane gas, a much more damaging GHG than CO2. Pellets are a renewable resource of unparalleled environmental value. We can achieve environmental progress by encouraging policy makers and regulatory decision makers to:

Canada can become a leader in achieving announced environmental goals and demonstrate thoughtful consideration of international standards by promoting the introduction of EN 303-5 certified pellet boilers into the country and by incentivizing fuel switching from fossil fuels to renewable Canadian wood pellets. It’s a perfect match.

Harry “Dutch” Dresser, Ed.D., is a biomass heating expert. Gordon Murray is the executive director of the Wood Pellet Association of Canada.

Editor’s note: An earlier version of this article included descriptions of the Provincial-Territorial Advisory Committee process that required clarifications. Edits have been made.