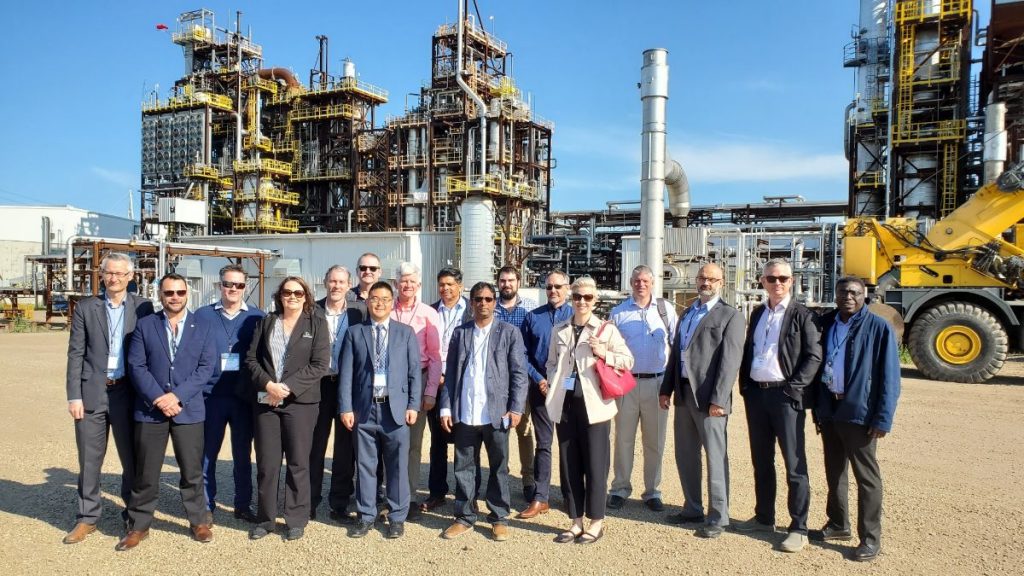 Earlier this month, the Biomass Energy Network hosted a visiting delegation from Queensland, Australia. The group spent the morning touring the Edmonton Waste Management Centre and Aurora Sky, followed by a workshop at the Edmonton International Airport in the afternoon.

The City of Edmonton and Enerkem Inc. hosted a tour of the Edmonton Waste Management Centre – including the Advanced Energy Research Facility, Forge Hydrocarbons pilot, and Enerkem’s impressive biorefinery – to showcase Edmonton’s leadership in biofuels innovation.

The group then toured the state-of-the-art Aurora Sky facility to take a closer look at their innovative processes happening right here in Alberta.

An afternoon workshop held at the Edmonton International Airport explored how Alberta and Queensland can work together to develop a successful bioeconomy in both regions.

Government, industry, and academic representatives from Queensland, Australia and Alberta, Canada participated in the workshop, hosted by the Biomass Energy Network.

The discussions focused on developing strategies to facilitate and strengthen collaboration between Alberta and Queensland, given that the two regions have many parallels with regards to industries, feedstocks, and vision. The latter is based on the need to diversify away from fossil fuel-based to circular economies that can sustainably produce renewable energy, materials, and chemicals, while maintaining economic growth.

It was identified that collaborations between the two regions would provide validation of progress, and would allow governments to share risk while moving towards a mutually beneficial future. The need to get these initiatives moving as quickly as possible led to the identification of several short-term goals:

Biomass Energy Network is looking forward to continuing the discussion and seeing how we can collaborate on bioenergy initiatives for stronger biofutures!

As the Biomass Energy Network begins to develop collaboration strategies with Queensland, we will keep you updated through our newsletter and social media channels of future meetings and other BEN initiatives. In the meantime, we encourage you to check out 2019 Bio Innovation Week happening in Queensland from November 11 to 15.