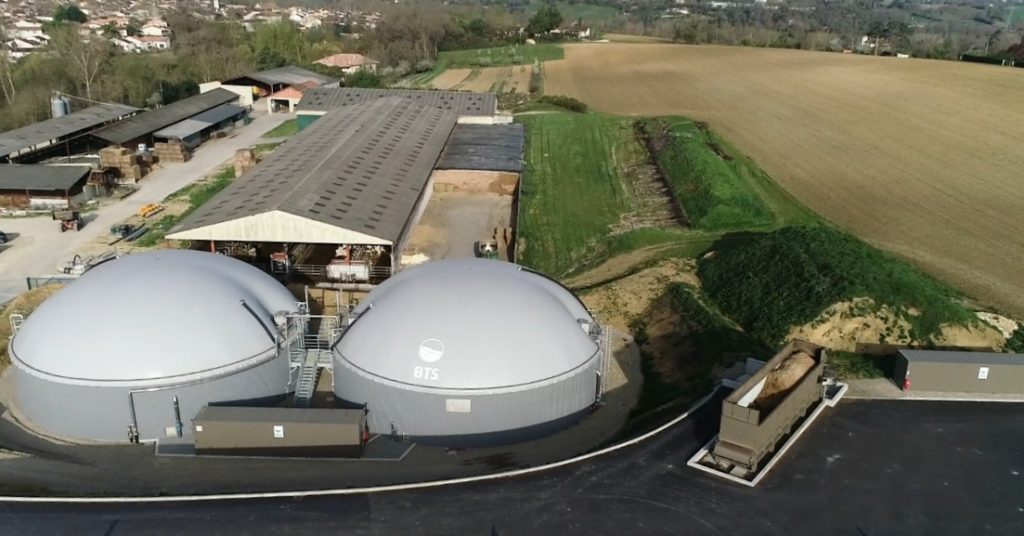 BTS Biogas, a technological leader in the development and construction of biogas and biomethane plants, announces it is strengthening its presence in the French market with the construction of two new biogas plants in Brittany and Upper France.

The Italian company has signed an agreement with Oudon Biogaz, a company consisting of 72 farms in the Mayenne Department, for the development of a project for the production of agricultural biogas in the Loire Region. At the end of April, Oudon Biogas laid the first brick of the plant which will be built with BTS Biogas anaerobic digestion technologies, in the municipality of Livré La Touche, near Craon, and will become operational in 2023.

Oudon Biogaz’s goal is to sustainably recover the more than 140,000 tons of manure produced on its 72 farms, 85 per cent of which is agricultural by-products such as slurry, manure and straw, to generate 55 GWh of biomethane per year, equivalent to the consumption of 9,000 families in the Craon area. Cereal waste and local agro-industry by-products may also be used to power the plant.

The biogas produced will be channelled into the national grid and will avoid the emission of approximately 14,000 tons of CO2 into the atmosphere, equivalent to the greenhouse gas emissions generated by 5,500 cars (with an average distance of 20,000 km/year). The digestate will instead be used in the 7,700 hectares of fields of the farms of Oudon Biogaz. offering the opportunity to reduce the use of chemical fertilizers. The Oudon Biogaz plant will not only contribute 25 per cent of biogas production in the Mayenne Department, it will also create 10 jobs.

BTS Biogas has also signed an agreement with the farmers of the Lisières de l’Oise, for the development of the Biomethane du Vandy project, at Saint Etienne Roilaye, in Upper France. The biogas plant, which is expected to become operational in 2023, will be powered mainly by corn silage, CIVE and beet pulp which will generate about 250 Nm3/h. The plant will make it possible to produce green energy for 3,000 families in the area, create 4 direct jobs, offer a new outlet for co-products and make digestate available to farms, a natural fertilizer with agronomic characteristics capable of replacing chemical fertilizers.

“The construction of two new plants in France consolidates the position of BTS Biogas on the transalpine market, in a sector that has been growing rapidly in recent years,” said Franco Lusuriello, CEO of BTS Biogas.

“Our company, which has been operating on the French market since 2014 with 11 plants in production mode, nine under construction and a pipeline of 10 orders, is contributing significantly to the development of this sector. In addition to the Biomethane du Vandy project, we are also working on the Oudon Biogaz site, the largest French biogas plant for volumes handled powered by over 1400,000 t/y of livestock manure.”