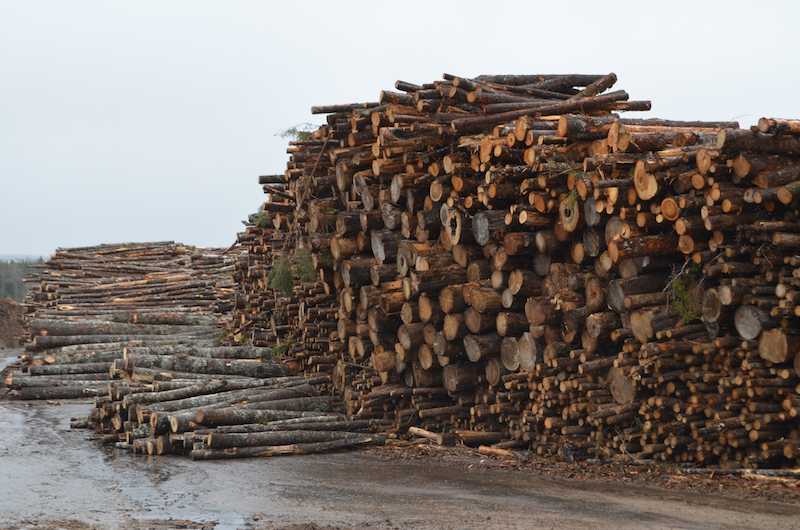 China’s imports of U.S. forest products fell by $430 million in the first four months of 2019, the U.S market share fell by 35 per cent, and Canadian and Russian exporters have increased their shares since 2018, reports the Wood Resource Quarterly (WQR) in its global timber and wood products market update.

The trade war between the U.S. and China has not only resulted in higher costs for U.S. consumers on home appliances, electronics, apparel, footwear and industrial machinery, but has also impacted U.S. exporters of forest products to China. China’s economy slowed during 2018 and early 2019, causing the total value of imported wood pulp, lumber and logs to decline by just over 10 per cent from the first four months of 2018 to the same period in 2019, reports the WRQ. Simultaneously, forest product imports from the U.S. fell by almost 42 per cent in value.

From January to April 2019, China imported logs, softwood lumber, and pulp from the U.S. collectively valued at 600 million dollars. This is down from $1.03 billion dollars’ worth of forest products imported during the same period in 2018. The biggest declines in import value of U.S. forest products from the Q1 ’18 to the Q1 ’19 have been those of wood pulp and hardwood logs, falling $220 million and $110 million, respectively.

With forest product imports from the U.S. deteriorating and American wood product exporters losing market shares in the Chinese market, imports from other countries, including Canada and Russia, have fallen less or even expanded the past year. While the U.S. market share for forest products imports has fallen by 35 per cent from the first four months of 2018 to the same period in 2019, Canada’s and Russia’s shares have gone up by 12 per cent and four per cent, respectively.

Even if the trade negotiations between the U.S. and China result in lower or eliminated tariffs in the future, the new supply sources that Chinese forest products importers have developed during the on-going trade dispute will likely remain, permanently changing historic trade flows to China.

Global lumber, sawlog and pulpwood market reporting is included in the 56-page quarterly publication Wood Resource Quarterly (WRQ). The report, which was established in 1988 and has subscribers in over 30 countries, tracks sawlog, pulpwood, wood chip, lumber and pellet prices, trade and market developments in most key regions around the world. www.woodprices.com