Features Biofuels Biogas
Menagerie manure: The story of a man with a plan… for a zoo, and its poo

A biogas project at the Toronto Zoo is generating the equivalent of enough power for approximately 250 homes. 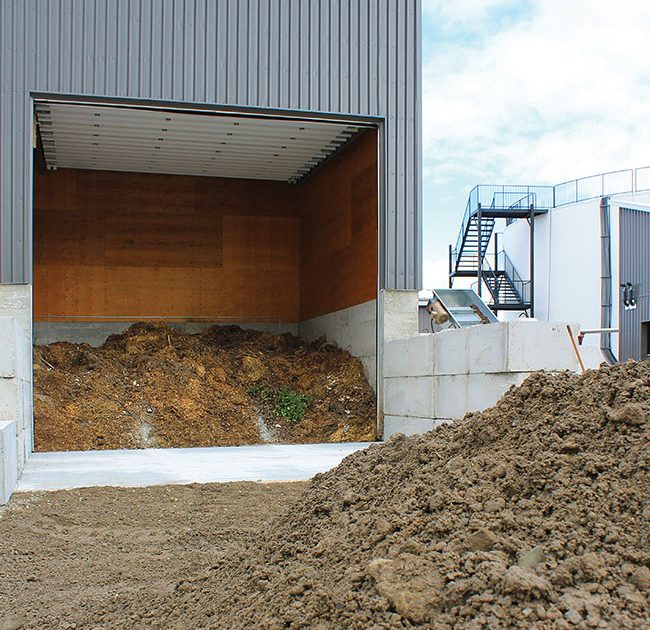 Chartered financial analyst Daniel Bida did not set out to become a developer of biogas plants. “It was a bit of a personal evolution for me,” he says. Prior to founding ZooShare, he worked in the finance industry as an analyst for the global utility sector.

“I didn’t know anything about how power generation worked, or how the regulated electricity industry worked,” Bida admits. “But I learned about the business of utilities, and I’ve always cared deeply about nature and the environment. As a result, I have always been drawn to renewables – without really much knowledge of how they actually worked.”

“And I was feeling unfulfilled in my job and wanted to find something more meaningful,” he recounts. “Maybe I could be an entrepreneur; maybe I could work for myself.”

Around this time, the Toronto Zoo had some dreams of its own.

“The Toronto Zoo Biogas Project was, actually, a long time in the making,” says Bida. Somewhere around 2003 – before he came into the picture – the Toronto Zoo got a grant to investigate the feasibility of building a biogas plant that would digest zoo manure and create energy. 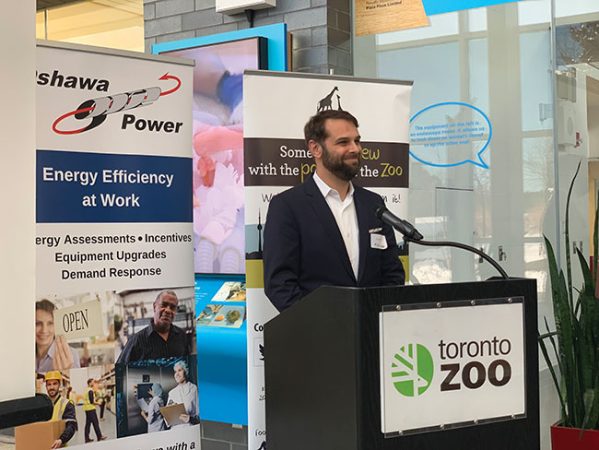 That feasibility study must have concluded the conditions weren’t right for committing to such a project, and the idea stalled.

Fast-forward to 2010, Bida says, “and at this point, there was a renewable power buying program in Ontario, offering 20-year contracts for various renewable energy, including biogas.”

That changed everything, so the zoo issued an RFP to build a 2-MW to 5-MW biogas plant at the site of its compost facility, which would sell power to the grid and provide heat to the zoo – not to mention fertilizer for the zoo and the general market. The plant also had to achieve these goals “in an odor-free manner” which, if you consider the volume of food waste needed to produce that amount of power, would have been extremely difficult to achieve.

“When the zoo’s larger project didn’t materialize, I took the opportunity to present to them my vision for the project,” Bida says. “And that was how the ZooShare Biogas Cooperative came about. I assembled a team and we put a proposal in to the zoo to build a 500-kW community-owned biogas plant.”

The group presented it to the zoo as a community project whereby most of the capital would come from the general public, e.g. zoo visitors and members, people who have some connection to the zoo, or maybe just people who live nearby.

“And the zoo was keen to go ahead with developing a project that would turn what was previously a cost – manure management – into a source of revenue,” he says.

While ZooShare’s proposal was markedly different from the first RFP, it would generate lease fees and power – and process manure, too – so the zoo decided to proceed with Bida’s concept. In late 2010, the zoo’s board gave approval to sign a Memorandum of Understanding (MOU) with Bida’s group. 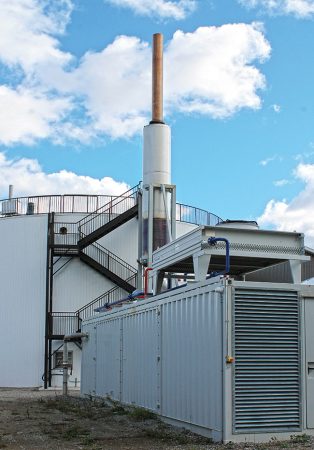 The ZooShare Co-op was the counterparty to that MOU. It would raise funds from its membership to contribute capital in the project.

We were not selling shares to our members; as a non-profit, there’s no equity to sell in the organization. So we raised capital from our membership through community bonds,” Bida explains. “We did a number of issuances over the years; basically, as we reached major milestones – and the level of risk declined and our need for capital for the next phase increased – we would do another round of bond sales.”

“We had some early funders who took the most risk when there really wasn’t very much in place,” he says, admitting, “Securing debt for a project like this is very difficult, primarily because you need long-term waste supply contracts.”

A partner with pockets

Eventually, ZooShare realized it had to sell equity in the project to strengthen its financial foundation and get the project built. It was at that point that the project was separated into its own entity, and a new Limited Partnership was formed, with EnerForge as the equity partner.

(EnerForge is a wholly owned subsidiary of Oshawa Power & Utilities Corp., which, up until Spring 2020, was known as Oshawa PUC Energy Services.)

Thus, in November 2019, officials and dignitaries gathered to celebrate the strategic partnership that, according to the press release, would make “significant greenhouse gas reductions a reality at the Toronto Zoo.”

Work could get underway to build the project that would convert 2,000 tonnes of zoo manure – plus some 15,000 tonnes of food waste from grocery stores, restaurants and other businesses around the Greater Toronto Area – into enough renewable energy to power about 250 homes while reducing GHG emissions by as much as 20,000 tonnes per year.

“This first-of-its-kind project is symbolic of Canada’s newly emerging green economy, where structurally different organizations interplay in unique ways to generate sustainable bottom lines for all involved,” said Ivano Labricciosa, president and CEO of EnerForge. “Our team is proud to bring our expertise in low-carbon, distributed energy forward to enable this remarkable initiative”.

“And that’s where the partnership really comes in,” Labricciosa told us a few months later. “It was their concept, their belief in this particular renewable initiative […] but didn’t have the funds to push the project over the finish line.”

He continued: “We realized this particular project is right up our alley in terms of being able to do renewables and show our ability to deliver projects on time and on cost; and to be able to manage them, and run and operate them. So we’re really excited about it.” 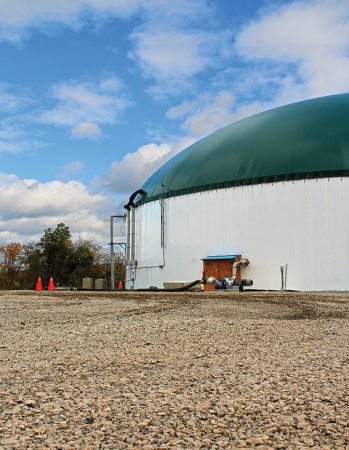 ZooShare’s end storage tank, where biogas and digestate are stored before use. Photo: W. Schroder.

The pandemic struck a few months after that partnership announcement but, despite all of the challenges that resulted from COVID, project development proceeded. And, in April 2021, the Toronto Zoo Biogas Project was declared officially online.

“The difficult thing in any project is that you start with your assumptions and projections – how you think things are going to happen – then you get to reality, and things are a little bit different,” Bida says.

Over the course of this project, he learned a lot about both manure and food waste – probably more than he ever thought possible. For example, he learned early on that a project of this scale might be difficult and that food waste was going to have to be a key input to make it work.

Biogas is an industry where economies of scale play heavily into overall project economics, Bida explains. “A project like ours, which processes 15,000 tonnes of food waste a year, is actually small for a food waste anaerobic digestion project.”

That said, it generates the equivalent of enough power for approximately 250 homes.

“Many of the Ontario digester projects that exist are primarily digesting liquid dairy manure along with food waste, or other agricultural waste streams,” he points out. “ZooShare is no different in that we’re digesting a blend of manure and food waste, but the manure we’re digesting is actually solid and quite dry, due to all the bedding material.”

On a volume basis, about 10 per cent of what goes in the digester comes from the zoo, and the rest is commercial food waste. Manure represents food that has already been eaten, and so its energy yield is much lower than food waste that “hasn’t been eaten yet”.

Looking at it from strictly biogas-production perspective, the zoo’s materials account for about five per cent of the biogas produced. Which helps explain why ZooShare relies on commercial food waste “to feed the anaerobic digester, which generates the gas and, ultimately, the electricity”.

Food waste, too, can be of low quality, but for a different reason. ZooShare’s digester includes contaminant removal systems to sort out things like plastic or – believe it or not – bones and other materials which tend to build up in the digester over time or can end up in the digestate. “This way we don’t end up reducing the available capacity of our digestion tanks with a build-up of contaminants.”

The pandemic definitely impacted ZooShare’s operations, but perhaps not in the way you would think. Because the biogas plant relies heavily on commercial food waste, all the lockdowns and restrictions on restaurants, conferences, event venues, etc., severely curtailed ZooShare’s anticipated feedstock.

“We were negotiating with one waste management company for 10,000 tonnes of food waste per year – about two-thirds of our food waste needs,” Bida recalls.

“By the time we got to signing a contract, we were in the middle of the pandemic, and they could only contractually commit to 1,500 tonnes per year.”

“I think a lot of what I’m saying here is not unusual for a new biogas plant,” Bida muses. “None of what actually happened over the first six months of operation surprises me in the least; every new operation goes through some challenges.”

Despite the challenges – alongside a very steep learning curve – Bida is very proud of the Toronto Zoo Biogas Project.

“We faced a number of delays and an almost endless number of challenges; so I took the lumps, because I really wanted to cross the finish line,” says Bida, who continues to pursue projects that can integrate as much local waste and local capital as possible, so that the overall impact of the project – environmentally and economically – can be maximized.

“At the end of the day, it’s very gratifying to envision something, put it on your back and cross the finish line with it. Yes, it can be tiring and stressful. And certainly I didn’t count on it taking 10 years!” •