Quebec forestry company Groupe de Scieries GDS has a new pellet plant in Lac-au-Saumon, Que., that will enable the company to put the raw materials created by their logging operations to better use. 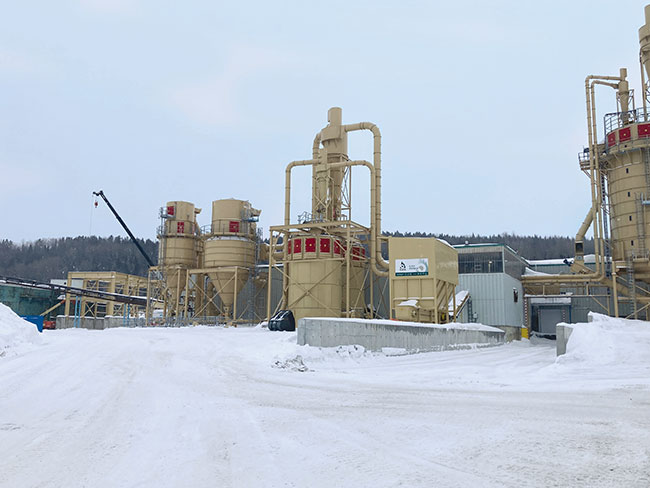 For many years, Groupe de Scieries GDS – a sawmill company in the Lower St. Lawrence and on the Gaspé River in Quebec – had been exporting raw wood by-products from their operations to Turkey and China, due to a lack of local clients.

“There simply wasn’t sufficient consistent demand here,” notes Sylvain Deschênes, president of Groupe de Scieries GDS, which operates three sawmills in the Gaspé region and a planing mill in Matane, Que. “We did not get much money when we sold unprocessed wood residues. But, the small amounts enabled us to continue operations.”

Groupe de Scieries GDS leveraged the services of a wholesaler to export up to five boatloads of 35,000 tonnes of wood residues per year when domestic demand was weakest. Last year, that dropped to two boatloads.

But, GDS’s new pellet plant in Lac-au-Saumon, Que., will now enable the company to put the raw materials created by their logging operations to better use.

“The facility will provide us security,” Dechêsnes says, “because we now have more choices.”

The new plant will have a production capacity of 100,000 tonnes of pellets per year. These pellets will then go to the Port of Belledune in New Brunswick, to be exported for industrial use in Europe.

GDS admits that investing in a pellet plant was not their idea originally. Another group of entrepreneurs had set up a plant known as Pure Pellets in Lac-au-Saumon. However, Pure Pellets was forced to close because it could not meet tough CNESST (Commission des normes, de l’équité, de la santé et de la sécurité du travail) safety requirements and was denied a permit from Quebec’s environment ministry. 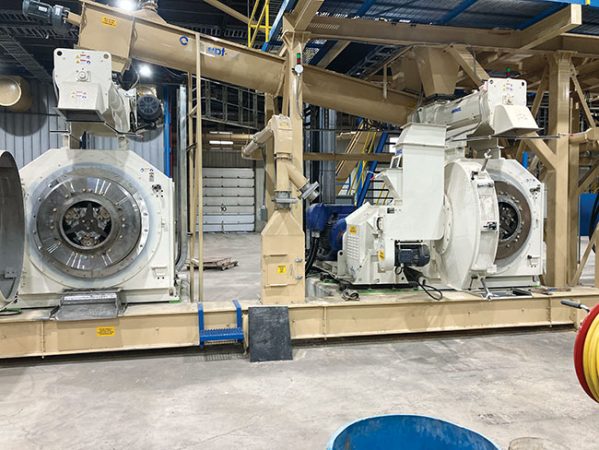 Groupe de scierie GDS had been analyzing possible opportunities to get into the pellet market for several years. However, the company did not have the wherewithal to make such an investment. When it became clear that the Pure Pellets facility in Lac-au-Saumon might become available, they seized the opportunity.

“The timing was good,” says Deschênes, noting that presence of an existing building and the electrical infrastructure formed a good foundation. “If we had started from scratch, this project would have cost us $35 to $40 million to start up. But with the existing equipment and infrastructure in place, we only needed an additional $18 million to get things up to scratch.”

GDS invested in Concept-Air’s handling and storage, dust removal and blower equipment, due to the company’s pellet plant construction expertise. GDS also purchased pellet mills from Andritz as well as a biomass boiler from Wellons to dry the bark. This boiler was key as it enabled the company to make extensive use of the bark, which accumulates rapidly at times.

GDS also called upon some local companies to supply other equipment, including Automation d’Amour to handle programming and controls, André Roy Électrique for the electricity, and TR3E for the engineering. Construction was done by JMR, Construction Audace and Entreprise Lucien Michaud.

“We are now able to add value here in Quebec,” says Georges Deschênes, the company’s vice-president of operations and corporate development. “This is far preferable to sending raw material to Turkey.

“This investment also enables Groupe de Scieries GDS to secure a stable price for its output instead of being subjected to the fluctuating price of raw material residue,” he concludes.  •