March 25, 2015 - Terms like “revolutionary” and “game-changing” are thrown around a lot these days in the media and at dinner tables across the nation, but they really aren’t words that should be used lightly. So when they’re used here to describe a certain biomass energy project in northern Ontario, be assured it’s because they truly apply. 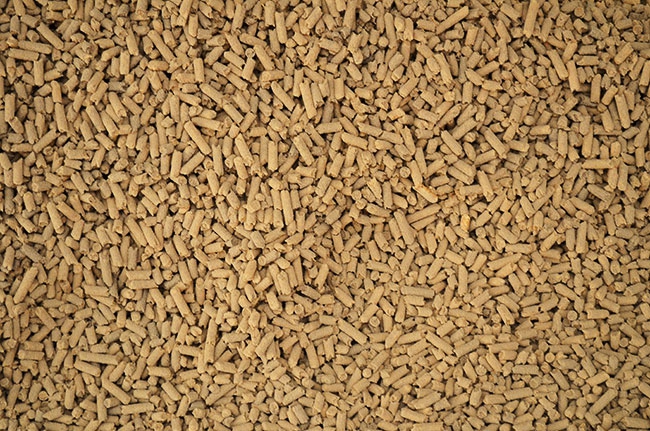 Whitesand First Nation has already invested hundreds of thousands of dollars towards the development of a pellet plant. Terms like “revolutionary” and “game-changing” are thrown around a lot these days in the media and at dinner tables across the nation

Picture a First Nation community in that region – in this case Whitesand, which is located about 250 kilometers north of Thunder Bay. Like many other northern communities in Ontario and beyond, it’s completely reliant on a diesel generator for all its electricity – some of which is used to heat or partially heat buildings. The generator (supplied by the province’s electricity utility Hydro One Remotes, and in this case, 1.1 MW in size) often runs near peak capacity in mid-winter, and can experience mechanical problems at any time.

But having this sort of power generation is not just a problem because it’s precarious. The small and limited amount of power supplied by the generator affects the lives of those in the community in many negative ways.

“As it stands, there is no real hope for economic development or meaningful employment.”

Having a great deal more power would therefore mean a great deal indeed. And if that power could be combined with the manufacturing of a renewable energy product that’s in very high demand – and amazing things like the eventual production of fresh food – it is sure to go a long way towards changing everything.

Here is what’s in the works at WFN, with construction expected to begin in 2016. A biomass 3.64 MW combined heat and power plant will provide electricity to three communities (Whitesand, Collins and Armstrong), with the remaining power (electricity and steam) allocated to a wood pellet manufacturing plant of 60,000 tonnes annual capacity. Heat from the co-gen plant (which will burn hog fuel and pellet production residuals) will be used to heat the pellet plant and dry the pellet feedstock. The entire facility is anticipated to provide 60 full-time and 60 seasonal (forestry) jobs.

But there’s more. To prepare for people in the community to get these jobs, an exciting training program has been undertaken in collaboration with Confederation College in Thunder Bay. A greenhouse is planned, where waste heat will be put to good use growing healthy fresh food. A very small sawmill may be added so that pallets can be manufactured for the shipments of wood pellets. There is also hope that in the future, those Whitesand homes that aren’t already heated with wood can be converted to pellet heat.

“This project will provide us with a steady stream of revenue through pellet production and ample reliable electricity,” says WFN business development officer Craig Toset. “There will be jobs in forestry, plant operation and silviculture, which will raise the standard of living. It’s money in pockets, and it’s local use of local wood. There is an optimism now and a sense of opportunity, and people can’t wait until it’s all up and running.”

Toset says they have already received many calls expressing interest in purchasing pellets (the plant will be built next to the existing railway line to make transportation easy).

“It’s been really incredible, considering the fact that we are still some time away from starting production,” he says. “Each call is a boost and a sign that all the hard work that’s gone into the process to make this happen is worthwhile.”

Every northern community, no matter where it is across the country (or the world for that matter) needs jobs, energy and heat, notes Brian Kurikka, manager of applied research at Confederation College. “And there is a need to manage forests as well,” he says. “A project like Whitesand makes so much sense.” He adds, “Many of us in the north support Whitesand First Nation. Projects like these mean better energy security and reliability and local long-term employment – multi-generational employment.”

Whitesand First Nation has already invested hundreds of thousands of dollars towards the development of a pellet plant.

A long road
Those familiar with these types of projects will know that the road to breaking ground is a long and challenging one. In addition to the detailed engineering and feasibility studies, WFN also needed to acquire a Renewal Energy Approval (REA) from the government of Ontario. The requirements for an REA depend on the type of technology and facility, and Whitesand is categorized as “Thermal treatment – Class 3, commercial biomass burning.” In this case, the application has had to include site assessments on the topics of archaeology, water, surface water and “Natural Heritage.” Reports have been completed on effluent management, noise, design and operations, and plans have been finished for both construction and decommissioning. Consultation with municipalities, Aboriginal communities and the public was also a part of the long and costly process. “There hasn’t been anything that’s stood out as being more difficult than any other aspect so far,” Mackett says. “It’s just one step at a time.”

At this point (early February), the Whitesand team is negotiating a power agreement with Ontario Power Authority, Hydro One Remotes and the Ontario Ministry of Energy. Team members have also begun working on capital financing, with examination into a wide range of funding options, including investors and government grants and loans. “Being the first in Ontario isn’t easy, but we’ve never given up,” Mackett says. “We’ve kept pressing, and it’s been quite an endeavor to get this far. There aren’t too many projects that can change a whole community like this one will. The energy production is green, the economic impact will be large, it’s First Nations ownership, so much that’s positive. It is game-changing.”

Perhaps this revolutionary biomass project will help start a revolution in biomass use across the country. Kurikka hopes so. While he obviously sees strong value in projects such as the one Whitesand is working on, he also sees value in simple biomass district heating projects as a good biomass option for many communities in the north. This is because the technology is readily available, and provides a high level of efficiency (Confederation College’s 1 MW wood chip district heating system, for example, is about 90 per cent efficient).

Kurikka believes however, that in order for biomass use to significantly increase in Canada, a great deal of infrastructure will need to be put in place. “We’re surrounded by wood in Canada,” he says, “and it’s the resource we used the least for domestic energy requirements.”