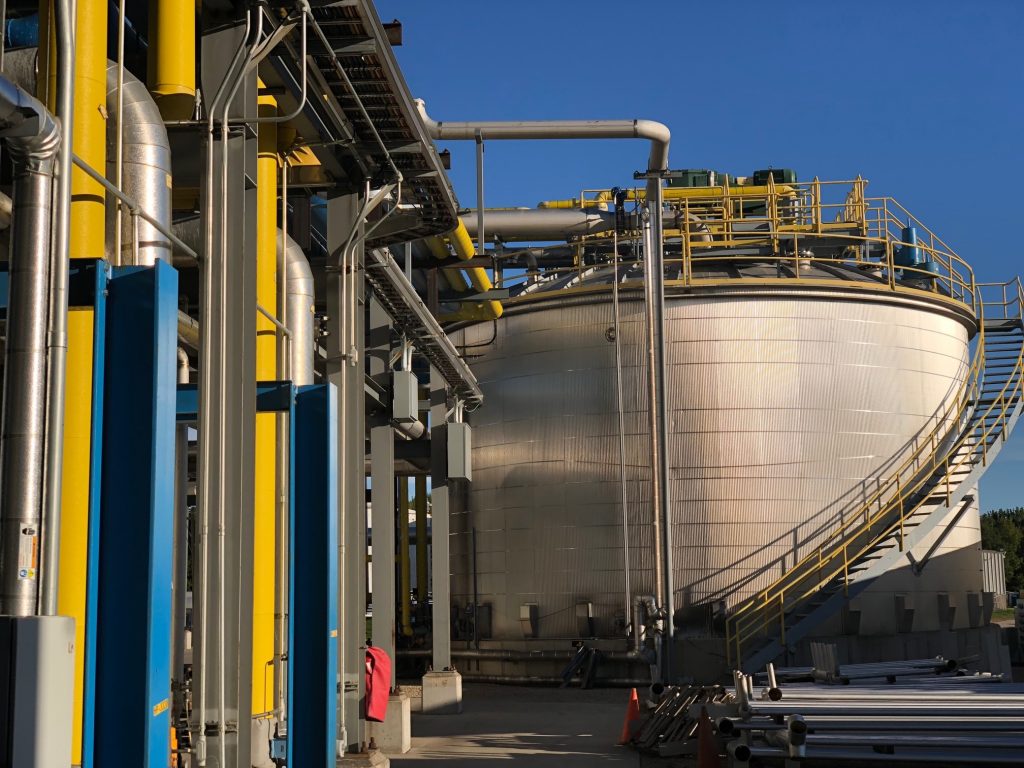 Gevo Inc., a company that makes sustainable, low-carbon biofuels and chemicals, is capitalizing on this trend. The company produces SAF from carbohydrates – the only company in the world to do so.

“Those carbohydrates can come from starch, sugar, wood sugars, straw. Any of those things are fair game for us,” Pat Gruber, Ph.D., president and CEO of Gevo, explains.

But the company’s main focus is producing SAF using starch from corn at their first large-scale plant in Luverne, Minn.

The corn is ‘fractionated,’ meaning the protein is separated from the carbohydrates. Gevo sells the protein to the food market at a rate of 10 pounds of protein per gallon of jet fuel, Gruber explains. The carbohydrates, meanwhile, are fermented in a process similar to brewing.

“When you brew ethanol, there’s a trace alcohol that’s also produced in a standard beer or whisky-making process,” Gruber says. “It’s called isobutanol. What we’ve done is genetically engineered yeast to eat sugars, but we make them stop producing ethanol and instead we make them produce isobutanol.”

Unlike ethanol, which has two carbons, isobutanol has four. In chemistry, it’s easier to connect four carbons together, Gruber explains. In Gevo’s process, 12 carbons are connected to produce a higher-energy SAF.

Compared to regular jet fuel, the SAF is cleaner, with fewer impurities such as sulfur and nitrogen, Gruber explains.

“It’s a true drop-in replacement for jet fuel, and we’ve been doing projects all over the world with it,” he says. 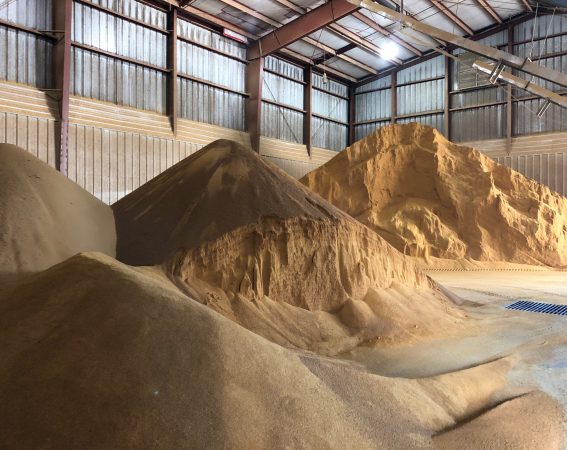 It’s not just that SAF is cleaner than regular jet fuel – Gevo also ensures the process for producing it is carbon neutral.

The farmers in Luverne, Minn., who grow the corn use techniques like precision agriculture. They do strip tilling – they plow a strip of land, plant it and then move to another strip the next year, Gruber explains. This helps the soil capture carbon and requires less nitrogen phosphorus potassium to preserve the root system. Gevo audits the farmers to ensure the agricultural aspect of the business is sustainable.

The company also uses biogas to run their boilers and is in the process of installing wind towers at their plant to remove their carbon footprint.

As a result, “you get to an incrementally negative carbon score, cradle to cradle,” Gruber says. “You could be net-zero or better in terms of these fuels.

“The game is to try to influence the supply chains to make everything more green and use the land to sequester carbon in the soil,” Gruber explains.

“Looking at sustainability as a whole is part of our business plan – understanding it, measuring it, valuing it, making sure the supply chain values it,” he continues. “All of those things are part and parcel to what we’re doing. Our technical products work. They’re good fuels. But what differentiates them is that they’re cleaner and greener.”

In some markets, such as in California, companies can get a green premium for using cleaner fuels. This makes the product more cost-effective for the airlines and is a big incentive to switch to SAF.

Using clean, sustainable fuel brings an added value that has helped Gevo determine the correct price point for their product. This is critical for the expansion of SAF.

“It’s a price point that allows us to make money, so I can convince investors to invest in our projects and our business,” Gruber says. “The way you change things is you change things economically too, and if people can make money by making things green, then we have a chance. I think we’re at the point where we can do that.”

In fact, Gevo recently signed a contract with Delta Airlines for 10 million gallons of SAF per year. The company also has partnerships with a number of other airlines, including SAS, AvFuels and AirTotal. 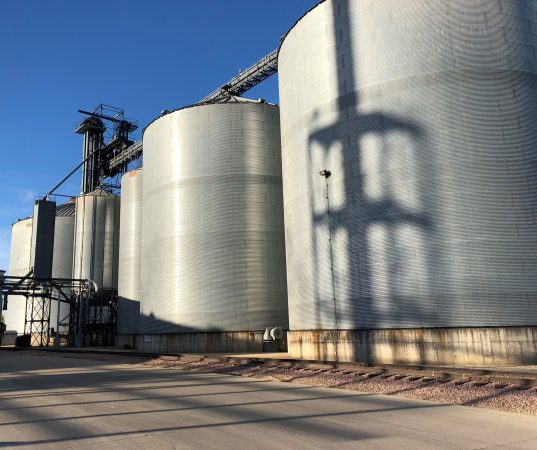 Consequently, Gruber believes SAF will be taking off in the coming years.

The International Air Transport Association (IATA) has pledged to cap the airline industry’s emissions from 2020 onwards. As a result, the industry is looking to SAF as a cleaner alternative to regular jet fuel.

But there aren’t many technologies that can produce SAF. Besides Gevo, Neste and World Energy produce SAF from oil, such as cooking oil or vegetable oil. There are also companies looking to gasify wood.

“I hope they are successful doing it because the airline industry is going to need every drop that they can produce by every method, ultimately, to be successful,” Gruber says.

“The incremental growth per year of fuel projected by the IATA is three billion gallons per year of incremental demand,” he adds. “That’s a lot that has to be offset over time.”

As a result, SAF presents a “huge growth opportunity.”

However, worldwide capacity for SAF is only five million gallons. This is because more funds are needed to expand the production of SAF.

“It’s getting people like us to have capacity so they can use it in a cost-effective way,” Gruber says. “We know it works, we’ve already scaled it up in limited runs, but we’ve got to add more fermentation capacity, more hydrocarbon capacity, and that requires for us maybe $150-$200 million to get the first step done.

“But no one wants to fund that unless they know a customer is going to buy it,” he continues. “So, we’ve been living in a chicken and egg world here for the last several years.”

Gruber believes the industry has now reached a milestone as more people are confident that oil prices will trend upwards and carbon pricing will become more common.

“That makes it a different kind of game to play,” he says. “And that’s what’s allowing people to make decisions they wouldn’t have made before.”

As such, Gevo is in the process of expanding its Luverne, Minn., plant, which would allow them to produce 10-15 million gallons of SAF, Gruber explains. Other players are also set to increase capacity.

“I think we’re going to end up with more than one site because we’re seeing increased demand for SAF and for our gasoline products, and then we want to keep going from there and hopefully we see lots of plants built,” he adds.

The company is also working in Asia and India to retrofit molasses plants and use other starches, such as rice straw, to develop SAF.

But there are no plans to expand to Canada, Gruber says. This is because there are no clear policies around carbon.

“I haven’t seen any kind of legislation in Canada. I’ve heard talk, but I haven’t seen anything that does a low carbon fuel standard like California, where it’s a clear-cut carbon value,” he explains. Canada also has a costlier workforce and higher capital costs.

“So, Canada is falling behind what’s being done in the rest of the world, and I think it’s really that simple,” he says. “What’s sad about that is, Canada has so much good available material, both through agriculture and forestry, and a good workforce. But there’s no market. So why would we spend time in Canada when I have a market in other parts of the world that are easy to get, where the product is valued?”

In order to encourage the production of SAF in Canada, Gruber says clear-cut policies around carbon are needed. Subsidies for the oil industry also need to be reallocated to make a policy effective. Unfortunately, Canada’s large oil industry, their lobbies, and the provinces’ differing interests make this difficult, he says.

According to a 2019 report by the International Monetary Fund, the oil industry receives a $5 trillion subsidy annually and is not being held accountable for particulate emissions and greenhouse gases.

Given the public focus on climate change, things are going to have to change, Gruber says.

Developing a circular manufacturing process is therefore crucial. By ensuring their process is sustainable, Gevo is creating an agriculture system that doesn’t pollute, he explains.

“We’re trying to turn it on its head for people. And we can do that now, because we can show people, we’ve actually done it.”