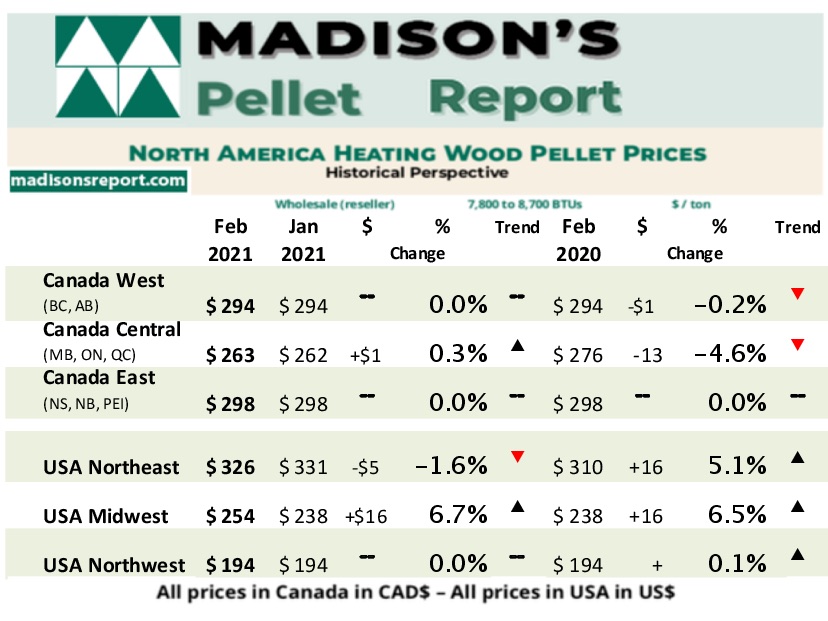 On Feb. 8, 2021, Pinnacle Renewable Energy Inc. announced that the company has entered into an arrangement agreement with Drax Group plc and its wholly-owned subsidiary, Drax Canadian Holdings Inc. will acquire all issued and outstanding common shares of Pinnacle in an all-cash transaction valued at C$831 million. The deal includes the assumption of net debt and Pinnacle’s non-controlling interests in its joint ventures.

For Drax, the transaction will aim to increase self-supply of biomass and reduce biomass production costs, reinforcing the company’s position as the world’s most prominent sustainable biomass generation and supply business. Pinnacle meanwhile recently reported record production volumes and the company’s best quarterly performance to date, reaching revenues of $131.7 million in 3Q 2020, a 42 per cent increase from 3Q 2019.

Along with shareholder approval from both companies, the deal is also subject to other closing conditions including governmental and regulatory approvals and the approval of the Supreme Court of British Columbia. The transaction is expected to close in 2Q or 3Q 2021.

Pinnacle is the second largest biomass producer in the world and currently operates 11 pellet manufactories in Canada and the U.S. The company recently partnered with Tolko on a biomass plant in High Level, Alta., that began production in December 2020, with another facility in Demopolis, Ala., expected to begin operation by mid-2021. 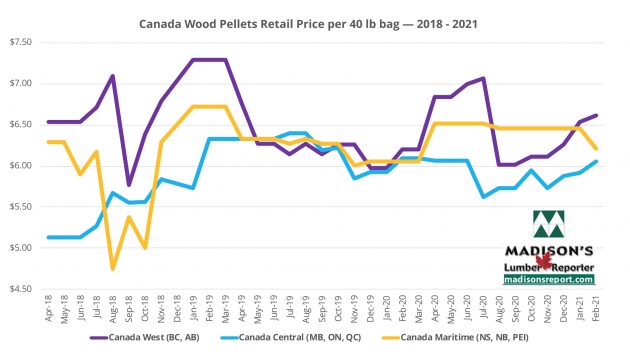 Wood pellets and wood chips are the dominant fuels, with preference regionally specific.

The September 2017 issue of the Madison’s Heating Wood Pellet price report provided detailed information from a Natural Resources Canada/Torchlight Bioresources study on bioheat projects in Canada. This report was recently updated by Natural Resources Canada, exploring the growth of bioheat projects in Canada by jurisdiction, sector, and biofuel type.

The 2020 survey identified just over 460 bioheat projects, compared to approximately 350 in 2016. Key findings of the report indicate that regulatory regime and government procurement policies have a significant impact on streamlined implementation of new bioheat projects.

Additionally, municipal institutions such as schools, hospitals, and community buildings continue to be the strongest market for bioheat in Canada.

As well, European-manufactured boilers are increasingly used for new projects.

Wood pellets and wood chips are the dominant fuels, with preference regionally specific.