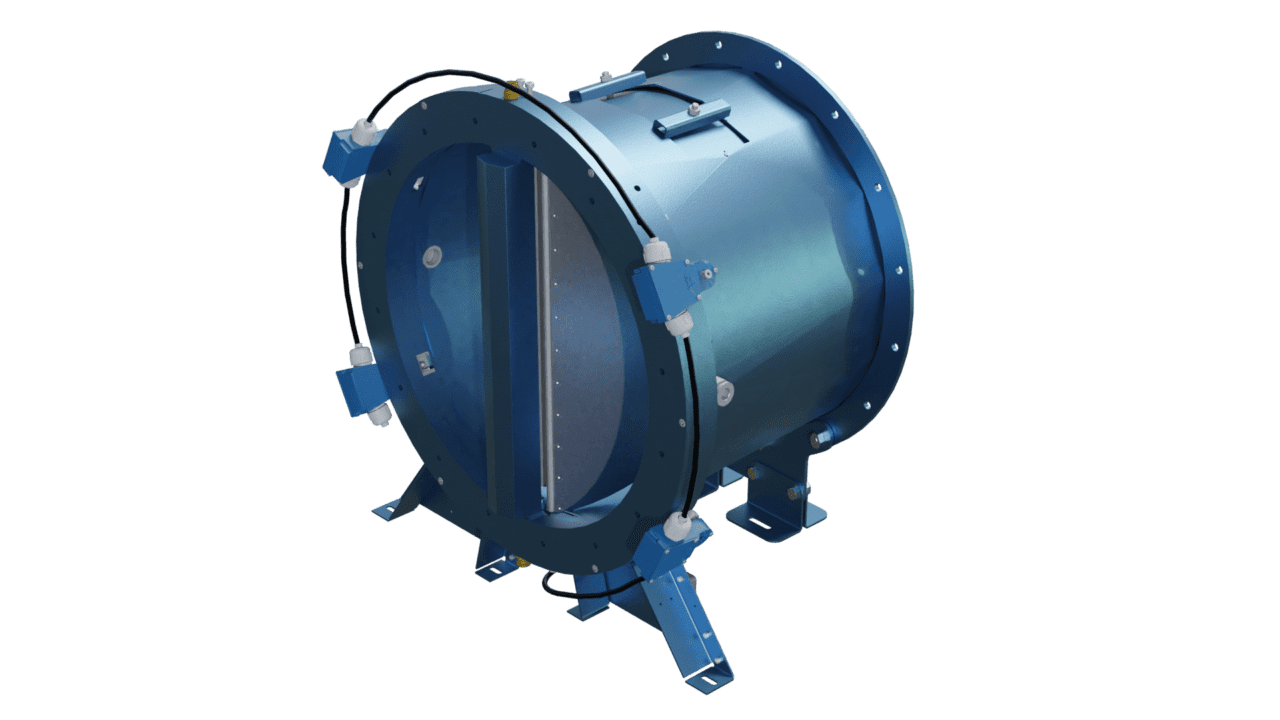 Fike Corporation, a global manufacturer and supplier of explosion protection solutions, has announced its new explosion isolation flap valve, Fike DFI, will be available for orders Q4 2020 in sizes up to DN800 (32 inches).

During a deflagration, DFI reliably isolates pressure and flames from interconnected equipment. Its unique, lightweight-dual-flap mechanism allows the device to close quicker than most single-flap valves, meaning it may be installed closer to a vessel, such as a dust collector.

During research and development of DFI, the testing and validation team documented inconsistencies found between testing setups suggested by standard EN16447 and actual industrial processes. Flap valves currently on the market, many of which are installed in systems throughout the world, were tested at Fike’s Remote Testing Facility. Of the flap valves tested, 13 of the 14 tests failed to isolate flames during a deflagration.

DFI was tested to exceed EN16447 requirements and simulate conditions it may experience during a real industrial deflagration by:

The dual-flap isolation valve is designed for installation in both vertical and horizontal orientations, close to bends and near vessels due to the fast-closing flaps. Furthermore, because of its resistance for pressures up to 1.5 barg and effectiveness against a variety of combustible dusts including ST1, ST2, light metal and low MIE dusts, Fike DFI is suitable for nearly every industrial application.