Having been on the ground in sawmill and woodlands operations, as well as the corporate finance aspect of the industry – working in mergers, acquisitions, and project financing, Gordon Murray joined the Wood Pellet Association of Canada in 2009. Today, he works as an ardent advocate on behalf of Canadian producers, traders, ports, terminals, shipping companies, equipment suppliers and all those who want to participate in growing a safe and prosperous wood pellet industry. Gordon Murray has a bachelor of science in forestry. He is a registered professional forester and a chartered professional accountant.

Vaughan Bassett is a senior vice-president of Pinnacle Renewable Energy Inc. based in Vancouver, B.C., where he is responsible for the commercial, logistics and sustainability activities of the company.

Vaughan is a director for the Wood Pellet Association of Canada and is currently serving as president. He is also a director for the London-based Sustainable Biomass Program Ltd (SBP). Vaughan is past chairman of the Canadian Manufacturers and Exporters association, BC Division. Vaughan has an extensive career in international business, particularly in the forest products industry.

Previously, he spent almost 20 years with Sappi, a global pulp and paper company. As their executive in charge of their world-wide pulp sales, he was stationed in Hong Kong for 10 years before moving to Canada in 2007. He joined Pinnacle in 2011. Vaughan earned his BSc. from the University of Natal and his MBA from the University of the Witwatersrand, both located in South Africa.

Doug Donaldson was elected as MLA for Stikine in 2009 and re-elected in 2013 and 2017. He is the Minister of Forests, Lands, Natural Resource Operations and Rural Development.

Doug served as the Official Opposition spokesperson for Energy and Mines.

Prior to becoming an MLA, Doug worked for Storytellers’ Foundation, a non-profit organization focusing on community economic development in the region including local food action initiatives. His previous work in Stikine included jobs in forestry, tourism, education, communications and journalism. He has worked as a biologist with a forestry consulting business, as a reporter and columnist with a weekly newspaper, communications director with the Gitxsan Treaty Office, coordinator of the cultural tourism program at Northwest Community College, and instructor with the Gitxsan Wet’suwet’en Education Society. He has also owned and operated businesses in the B.C. Rockies.

Doug’s many years in the northwest included living in Smithers and Telkwa before settling in Hazelton where he was a four-term municipal councillor. He has travelled extensively throughout the Stikine constituency which overlays the traditional territories of seven First Nations.

Doug is married and has two adult children. He enjoys skiing, hiking, running and tending to his chickens, turkeys, sheep and llamas. His formal education includes an undergraduate degree in biology and a master’s degree in journalism. 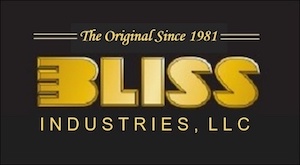