Features Pellets
A carbon negative future? How switching from coal to wood pellets can remove CO2 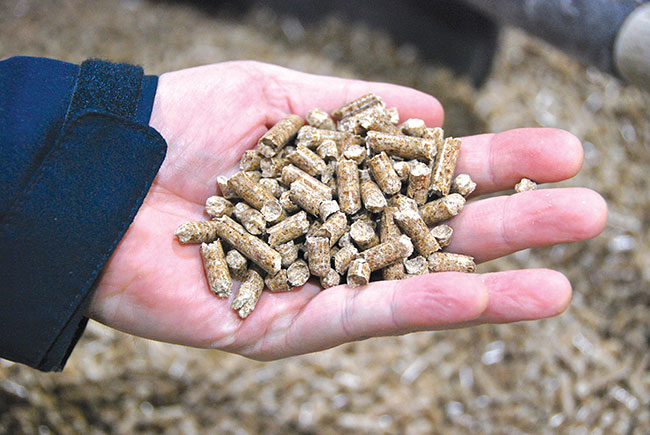 Carbon capture and storage (CCS) used in conjunction with fossil fueled power generation is appealing.  However, the best that CCS can achieve with fossil fuels is to approach CO2 neutrality. That is, CCS from fossil fuels cycles carbon that has been sequestered over millions of years from out of the earth and then back into the earth. There is no net change in atmospheric CO2 as a result.

But, we can do better. Carbon neutral is good, carbon negative is much better.

This article will describe a new perspective on the purpose of utility scale pulverized coal (PC) power stations.  An accompanying award-winning dashboard compliments this article and can be found at tinyurl.com/4nsnxt2r.

If part of an effective strategy for mitigating climate change is to develop ways to optimally remove CO2 permanently from the atmosphere, then, as this article shows, the most efficient and economical way to achieve that goal is to repurpose selected PC power stations. This is more efficient and economical than CCS from ambient air for two reasons.

First, in contrast to CCS from atmospheric air where CO2 concentrations are in the parts per million range (400 ppm = 0.04 per cent), post-combustion CCS is supplied with CO2 levels in the range of eight to 15 per cent. That is 200 to 375 times more concentrated than ambient air. This results in higher CO2 capture per unit of input energy1.

Second, if the PC power station is modified to use sustainably produced pellet fuel, not only does the station serve as the supplier of concentrated CO2 to the CCS module, but it is also a generator of baseload renewable power.

Think of the station’s primary purpose as being a negative CO2 pump with a by-product of grid-level constant and reliable electricity. This combination results in a highly cost-effective carbon-negative-plus-power solution. This is only possible with the use of upgraded solid fuel suitable for PC power stations made from continually renewing biomass: i.e., wood pellets.

How does this work?
The strategy begins with sustainably managed “working” forests. Mills that use wood as a feedstock depend on a daily supply, essentially in perpetuity. Capital investments of hundreds of millions of dollars in sawmills, pulp and paper mills, engineered building products mills, and pellet mills are made with an expectation of stable supply and stable cost of feedstocks. That is, their demand cannot exceed the regional working forest’s ability to replenish itself.

Unlike the fossil fuel sector, good business practices in the forest products sector lead to good environmental stewardship because nurturing the forest is necessary for long-term and consistent operations. Sawmills and pellet mills cannot move like drilling rigs do after the drilling rigs have depleted a reserve.

In this example, imagine a working forest that is 300,000 hectares in area2 (about 741,000 acres). This fits into a circle that has a 31-kilometre-radius. Obviously, in most locations, not all of the land area within that circle will be managed timberland. For this exercise, the stylized assumption is that the area is all working forest. If the mills are near the centre of the circle, the maximum distance that they have to travel one way is, on average, less than 31 kilometres. The dashboard mentioned above allows the user to select any size working forest to analyze and allows many of the other input assumptions to be changed.

If we assume that the 300,000 hectares of working forest has an average growth rate of 10 green metric tonnes per hectare per year, then the forest landscape grows three million new green tonnes per year.

Within this stylized forest landscape, there are many different plots in many stages of growth, from seedling to mature. Every year, the mature plots in this 300,000-hectare managed forest yield three million green metric tonnes. The rest of the managed landscape is left to continue to grow and sequester carbon at a constant rate as long as the annual harvest does not exceed the annual growth. The harvested mature plots then begin a new growth cycle that will eventually grow to maturity.

In this model, and in the default settings of the dashboard, five per cent is left on the forest floor, 35 per cent becomes building materials (lumber, flooring, furniture, veneer, OSB, etc.), 20 per cent becomes paper or packaging, and the rest is available to the pellet mill (which also includes some of the sawmill’s sawdust and chip by-products). After accounting for the five per cent left in the forest, of the 2.85 million metric tonnes that is removed from the mature plots, just over 1.1 million green tonnes are available for pellet production. The output of the pellet mill in our stylized model is about 524,000 tonnes per year.

The pellet fuel is then transported to the “power” station. Power is in quotes because the station’s purpose is not just for the generation of electricity. The re-purposed power station with bioenergy carbon capture and storage (BECCS) takes the hydrocarbons in the pellet fuel and concentrates the carbon as CO2. The BECCS unit permanently removes the CO2 from the atmosphere. The “by-product” of the CO2 capture and sequestration is electricity.

A feasible strategy
Wood, on average, is about 50 per cent carbon. One tonne of carbon atoms produces 3.67 tonnes of CO2. The 283,000 tonnes of carbon in the carbohydrate-based pellet fuel releases about 1,040,000 tonnes per year of CO2 in combustion.

Without BECCS, that CO2 is released into the atmosphere. The new growth in the managed timberlands absorbs all of that and more, since only 40 per cent of the annual new growth becomes pellets. Even without BECCS, the atmosphere sees no net increase in CO2 from the combustion of pellets that are sourced, provided the total stock of forest resources in the mill’s supply region cannot be depleted.

But with BECCS, that 1,040,000 tonnes of CO2 are permanently subtracted from the atmosphere.

The re-purposed PC power station in this model is doing the equivalent of permanently taking about 250,000 cars off the road.

And as a valued by-product of an already valuable environmental service, under the assumptions of the model, the equivalent of almost 103,000 homes are supplied with 100 per cent renewable electricity that, in contrast to wind and solar generation, is not intermittent or variable, but is baseload.

Many nations are already using pellet fuel in place of coal in PC power stations to lower net CO2 emissions. The use of pellet fuel in power plants sets the foundation for the strategy outlined in this paper.

Wind and solar generation do not have the capacity to be used as efficient negative carbon pumps. Integrating sustainably sourced biomass-based solid fuel that is easily substituted for coal means that some of the existing power stations should have very long lives – not for the primary purpose of renewable power generation (which they will do) but for the purpose of efficiently lowering atmospheric CO2 concentrations.

This is a very attractive strategy that is totally feasible with the current state of technology. It should be part of a portfolio of decarbonization strategies going forward.

William Strauss is the president of FutureMetrics LLC.